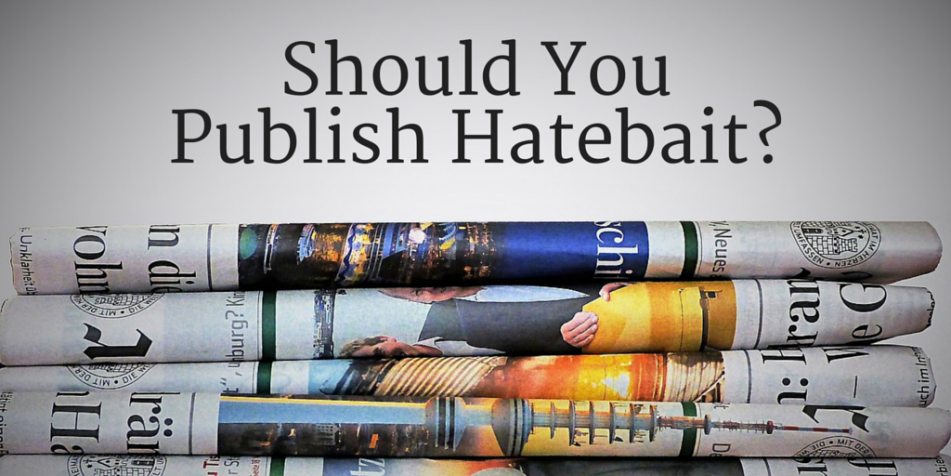 For a while there was a clear strategy for attracting someone to your website: the clickbait headline.

After all, who doesn’t want to find out how someone lost 50lbs in a month, or what exactly a Barbie doll can do besides stand, sit, and fake make-out with Ken.

While site owners welcomed the traffic and ad-supported sites reveled in the clicks, users quickly grew tired of the strategy. Arriving on the site and finding a few shonky sentences somehow tangentially to the headline, or missing out on the story altogether for a pop-over, pop-under, or pop-up advertising window nightmare didn’t encourage readers to stick around.

Traffic spiked, and then never returned.

In more recent times, then, the clickbait strategy has become marginalized in favor of an investment in useful, informative content. The value of quality content to visitors keeps them on the website, allows the company to demonstrate its value, and establishes authority in a way that 13 things your accountant doesn’t want you to know cannot.

But recently a new term has been introduced into the digital marketing sphere, one that may define the nexus between quality content marketing and clickbait. The standout example of this new trend was an article in The New York Times that created a huge stir online, on social networks, and on the site of the newspaper, too.

It’s a sort of content that has come to be called hatebait.

Hatebait is not an entirely new concept. Urban Dictionary has had a definition listed for the term since late 2010, with user Colene Lacy explaining that hatebait is:

Saying something around someone who has a hair trigger to purposely get them started.

Yet when it comes to content, it’s a little more than getting people riled up. In the case of the New York Times article mentioned above, the content not only triggered a reaction from readers but also encouraged them to respond, link to, and share.

Blogger Ace of Spades referred to the article in question thus:

This New York Times piece is pure hatebait — hatebait, because it’s written to be mocked, but linked each time it’s mocked.

And there’s the difference between annoying someone with the content that you publish and true hatebait content: the link.

The Importance of the Link

The New York Times article – 27 Ways to Be a Modern Man – was widely mocked online…but it was also widely linked to by almost every site that mocked it.

Within just three days of its publication Google had already returned 80,000 sites linking to the article. Among them were some of the largest, most popular, and most influential properties in media and online, including:

With so many sites linking back to the New York Times article simply to mock, ridicule, and poke fun at the content it contained, it seems that the newspaper had achieved what it set out to do: attract traffic.

For a newspaper that is among the leaders in online media when it comes to locking down content behind paywalls, for once the Times left an opinion piece open for sharing – and that’s exactly what people did.

The Times probably doesn’t need the SEO ‘juice’ that is going to flow their way from the tens of thousands of backlinks the article earned in just a couple of days. It is already a major property online and has no trouble attracting readers.

But could producing hatebait work for you and your site?

Long answer? It’s a bad idea to write content that gets you mocked, ridiculed, and generally poked fun at by tens of thousands of sites. Like clickbait, you will earn a lot of traffic from a successful hatebait piece. And unlike clickbait, you’ll earn a whole lot of fresh backlinks, too, which can help juice up your site – especially when those backlinks come from major media properties with a high ranking of their own.

But do you really want your business to be mocked just to jump up a few places on a particular SERP? And when the smoke has cleared, do you really want the reputation of your business to be forever defined in the eyes of some customers as ‘the company that thinks X’, where ‘X’ is about as sensible as number 16 on the New York Times modern man list?

In other words, it’s a bad move to tie your sail to the hatebait mast. While it might bring you the sorts of positives you are looking for – traffic and backlinks – it’s unlikely to be helpful to your business in the long term.