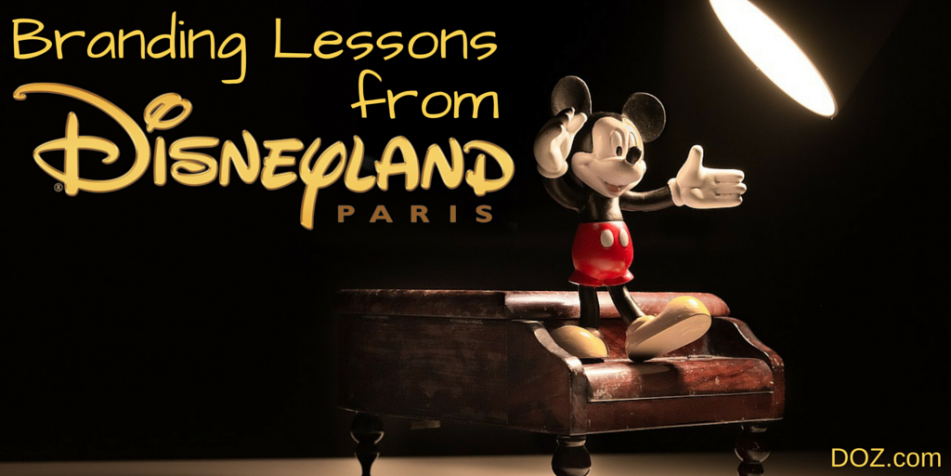 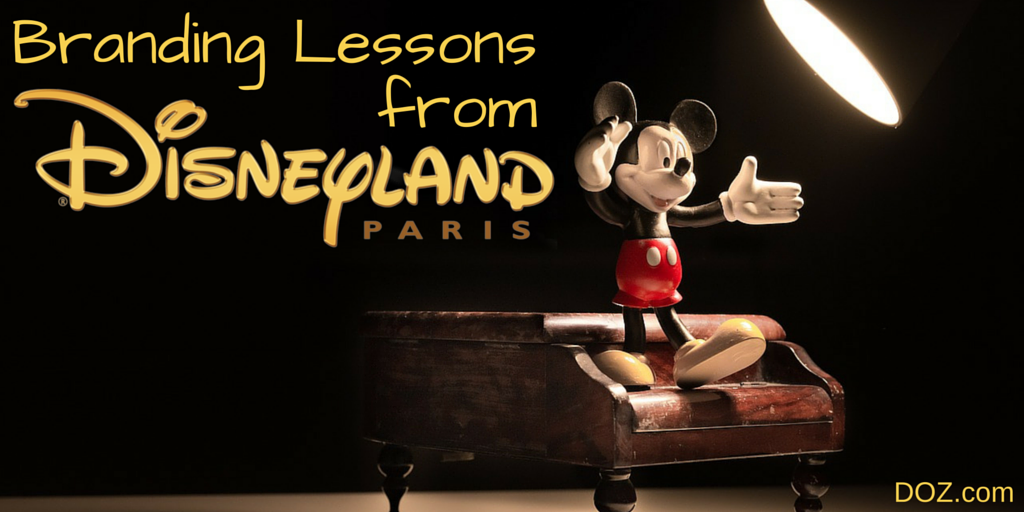 On this day twenty-four years ago Disneyland Paris opened its doors to European visitors for the very first time.

In fact, the Disneyland theme park and resort that opened its doors on 12 April 1992 was not Disneyland Paris but the Euro Disney Resort.

That name lasted two years before Disney added the word ‘Paris’ to announce Euro Disney Resort Paris in 1994, and then converting the brand to Disneyland Paris in October 1994.

Believe it or not, though, even this name didn’t stick. In March 2002 the name changed again and Disneyland Resort Paris was born. The jewel in the Disney crown in Europe would revert to its Disneyland Paris moniker in April 2009 and – to this point – the name has stuck.

How is it that one of the world’s most successful companies when it comes to branding had so much trouble getting the name of their European resort right? How is it possible to get so much right but get the name of their resort so wrong?

The reason, as we’ll explain in this post, provides a lesson for any business that is seeking to market themselves overseas. While you might not be in the position to invest billions of dollars in a new international installation, learning from Disney’s experience in Europe can help avoid some headaches further down the line.

The first Disney theme park and resort opened in Anaheim, California in 1955. Known as Disneyland Resort or commonly just Disneyland, the park was the first in a global chain of themed amusement parks and hotels. In 1971 Disney opened its second park, Walt Disney World or colloquially Disney World, in Bay Lake, Florida, and it quickly became one of the most popular tourist destinations in the country, and then the world.

International expansion followed in 1983 with the opening of Tokyo Disneyland in Japan, a theme park that would later expand and be known as Tokyo Disney Resort when hotels, an additional theme park, and shopping facilities were added.

And then it was the turn of the Europeans.

After what was described as the biggest recent investment in the history of France, Disney opened their first European resort and theme park to great fanfare in April 1992 under the name Euro Disney Resort.

A rebrand followed in an effort to boost visitor numbers and better associate the European park with the French capital just a short train ride away from its front gates.

This was a smart move, at least in relative terms, for the Disney team. Whether French locals or the many millions of visitors from Europe and across the world, when people boarded a train or pointed the car in the direction of Mickey Mouse, they were heading to Paris. The French capital and all the positive connotations that flow from it could provide some additional bang to Disney’s marketing buck. Add to this the common sense that comes with branding the park and resort similarly to the other international  Disney park in Tokyo, and the company was heading in the right direction.

The problem, though, wasn’t the last word in the ‘Euro Disney Resort Paris’ name. It was the first word: Euro.

While for Americans the term ‘Euro’ conjures up class, something exotic, and maybe even something luxurious, for the audience of customers that would most often visit the park, the connotation was something different. In a society with a common currency called the euro, a European Union, continental bureaucrats known colloquially as ‘eurocrats’, and all sorts of transnational institutions prefixed by the term ‘euro’, the Disney venture sounded vaguely bureaucratic. Not so much the most wonderful place on Earth but more the place where dreams go to die.

Not at all the best idea for a theme park, you’d agree.

Only six months after adding the word ‘Paris’ to the name of the resort and theme park, Disney renamed the entire project again.

It was out with ‘Euro Disney Resort Paris’ and in with ‘Disneyland Paris’.

As then Disney CEO Michael Eisner would comment, “As Americans, the word ‘Euro’ is believed to mean glamorous or exciting. For Europeans it turned out to be a term they associated with business, currency, and commerce. Renaming the park ‘Disneyland Paris’ was a way of identifying it with one of the most romantic and exciting cities in the world.

Finally, Disney had got the name right.

The name ‘Disneyland Paris’ kept the focus of the visitor on the two things that would draw European visitors to the resort and park: the Disney name, and the Parisian appeal. For a population that associates the term ‘resort’ with the beach, it made no sense to call this former-beetroot field hundreds of miles from the coast a ‘resort’. Sticking with the basics that the audience understands proved effective for Disney in France.

Until they second-guessed themselves.

Why would Disney change the perfect name to something less than perfect? And why would they presume that customers who rejected the idea of a resort in an agricultural district on the outskirts of a landlocked European capital city were going to accept it now that the term ‘Euro’ was no longer attached?

The answers to these questions are unknown but speak greatly to the American assumptions about European cultural norms.

By the time the 2009 anniversary of Disney’s arrival in Europe rolled around the name was changed back to the successful and appropriate Disneyland Paris.

What Did Disney Do Wrong?

In the various names for their European theme park complex that Disney worked through before settling on Disneyland Paris there were two words that meant a lot to the people running the company back in the US but meant little – or something completely different altogether – to the customers in Europe.

The first was ‘Euro’ which, despite its positive connotations across the Atlantic meant mainly commerce, bureaucracy, and an increasingly unpopular legal regime in France, the Netherlands, Ireland, and elsewhere.

The second was ‘Resort’ which is associated with either the beach, or a mountain top retreat in Europe. The idea of heading to a theme park or an attraction park, as it might be known locally, and calling it a resort is not something that the local audience will understand. For the marketing team back in the United States, of course, a Parisian resort is exactly what they hoped to sell – but people traveling to the City of Lights don’t expect to find a resort, they expect to find a city; and those traveling to Disneyland just outside of Paris don’t expect a resort, either.

What Can You Learn from Disneyland Paris?

It takes significant time, effort, and expenditure to develop a brand – that’s certain – and changing that brand for a new market can be risky. But as Disney has proved with Disneyland Paris, it can be dangerous to keep your branding the same when there is a new audience that doesn’t see things quite the same way as your existing audience.