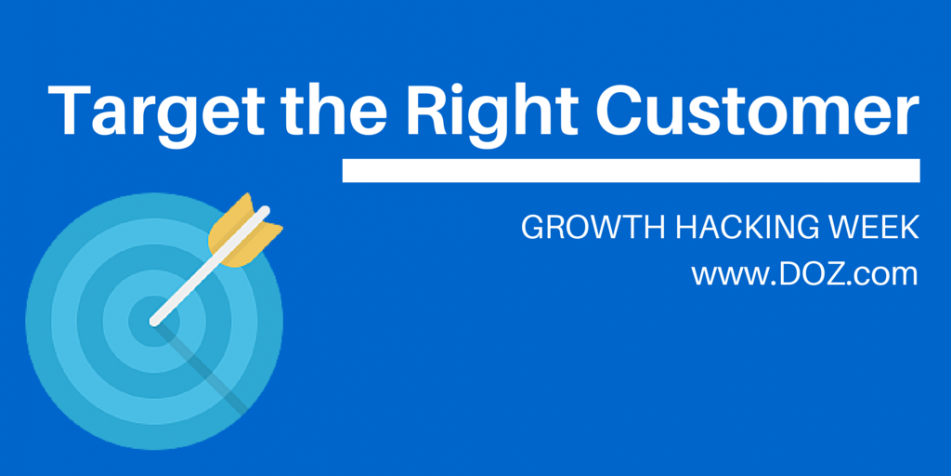 Missed Part One? Check out how to secure Product-Market Fit now.

All businesses want to grow, and many want to grow fast. But only a certain few businesses can grow at the sort of exponential rate that platforms like Instagram, Facebook, and Twitter have expanded. Businesses that scale quickly and attract millions and even hundreds of millions of users often employ a growth hacking strategy. Such a strategy starts with ensuring the strongest possible product-market fit, but that’s only a first step towards this incredible expansion.

To sell a product, people need to know about your product. Simple, right? But how do you make sure people find your product in the first place? And how do you cut through the marketing noise that envelops consumers these days to find that all-important first sale?

The solution for most businesses is a broadly focused marketing campaign that seeks to inform the greatest number of potential consumers about the new product. The hope here is to convert the largest group of consumers possible from an already large targeted group.

But this is the wrong strategy for growth hacking.

Growth hackers realize that rapid growth for bootstrapped businesses comes not with signing up 1000 customers out of a million, but in signing up 1000 early adopters. These early adopters are keen to try a new product, keen to spread the word about a new product if they find it useful, and happy to take on the role of unpaid buzz marketers for a company. Reaching 1000 influential early adopters and letting them create a buzz around your product is far more effective at securing rapid growth than finding a different 1000 customers who have little influence and perhaps won’t even mention your product to anyone outside of their immediate family.

The key to growth hacking, after all, is doing more with less. If all of the marketing around your product is paid for out of your pocket, that’s a heavy investment right up front. If, on the other hand, you have influential early adopters marketing your product for free because they love it, you’re saving money and still spreading the word.

The idea behind Dropbox is simple: your files stored in the cloud, synced to any device, and available to you wherever, whenever, seamlessly.

Today Dropbox has more than 300 million users and can be found in more than 4 million business worldwide. But there was a time when Dropbox was the same as every other web startup seeking its first customer, then its hundredth customer, and then its thousandth customer.

To find those early users Dropbox applied a classic growth hacking tactic: they made the application accessible by invitation only. Though launched publicly and with wide media interest, the ‘invite-only’ stipulation gave the app an aura of exclusivity. You had to know someone using Dropbox to get invited to use Dropbox, and so being an early adopter of Dropbox meant having a certain level of social influence.

Growth like that experienced by Dropbox didn’t arrive by accident. It was a deliberate strategy employed by the marketing and leadership teams at Dropbox that saw early adopters drive the marketing buzz that a small web startup could never have afforded to pay for themselves. Dropbox went from 0 to 300 million users in a little more than 5 years, proof positive that growth hacking – in the right circumstances – can work wonders.

All this week we’re talking growth hacking at DOZ. To get your copy of Growth Hacker Marketing hit the link for Amazon, and share your thoughts with us on Twitter or in comments below.