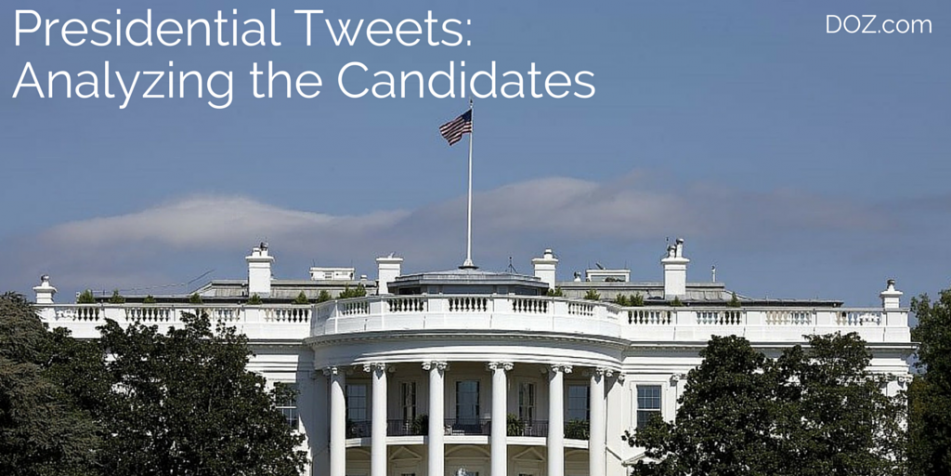 In this exclusive analysis of the Presidential candidates on Twitter, DOZ reveals who is wining and who is losing on the social network in the race for the 2016 White House.

The 2016 US Presidential election is still more than a year away, but already candidates for the highest office in the land have emerged Some have formally announced, others are waiting to launch their campaigns, and others still remain cagey and refuse to confirm or deny their ambitions.

For the early movers the pressure of the campaign arrives quickly. There are interviews to take, comments to make, and events to organize and fund. Donors need assurances, volunteers need motivational speeches, and campaign staff need leadership. The nights with little sleep fast become the norm, and fundraising dinners increasingly take the place of family time.

The Importance of the Internet

In recent electoral cycles, however, an additional element has added to the stress and the struggle for votes: the internet. First a small factor in the 1996 and 2000 elections, and later a key driver for communication, information, and organization in 2004 and 2008, by the 2012 electoral cycle the internet had come of age.

Now, as the 2016 election approaches, the internet maintains its place as perhaps the most significant communications avenue for presidential campaigns. As well a candidate’s website, email lists, video and audio channels, and supporter social networks, social media channels are a primary focus of campaigns both for reaching voters and developing their campaign narrative. 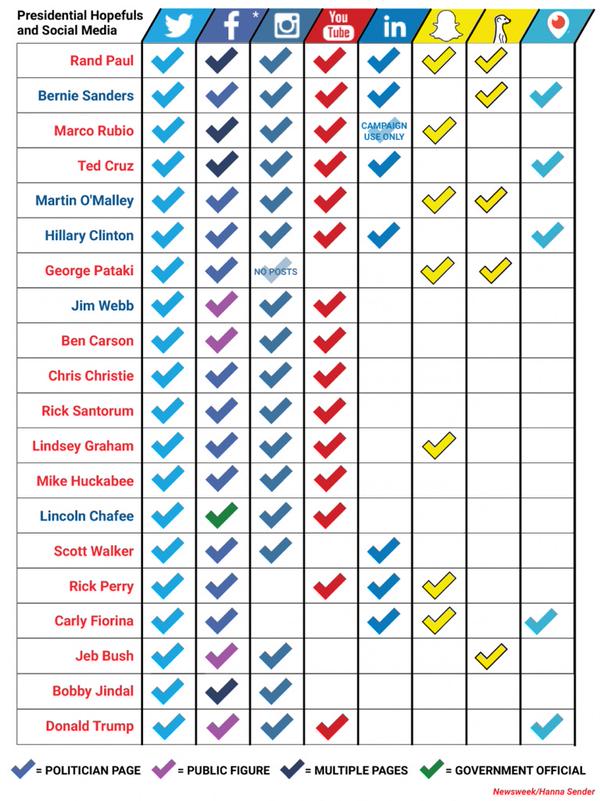 Certain social networks are far more influential than others. Where Facebook was, perhaps, the leading social network for reaching voters and driving the mainstream media narrative in 2008 and 2012, in 2016 it is Twitter that is shaping up as the primary social network for campaign outreach and testing supporter enthusiasm. Indeed, along with Facebook, voters can find all of the presidential candidates on Twitter.

The integration of Twitter into network and cable newscasts, the ubiquity of Twitter usernames attached to everything from newspaper columns to business cards, and hashtags invading traditional advertising and generating news just by virtue of their status as a trending topic on Twitter.

Twitter is also a significant resource for campaigns to leverage in launching their campaigns, and in the critical first weeks following the launch. Leveraged effectively, a candidates Twitter profile can drive engagement, convert the unenthusiastic non-voter into a motivated volunteer for the campaign, and drive free media attention to the issues and values of the campaign.

Understanding the significance of Twitter, DOZ has taken a close look at the presidential candidates on Twitter who were first to jump into the race for the White House in 2016.

We put two main limits on the analysis we conducted: first, we assessed each candidate for a full month following their campaign announcement tweet; second, we only assessed the first five candidates to announce so that we had a chance to track a full month of Twitter activity.

The first question provides a measure of the enthusiasm for the campaign on Twitter. While each candidate is starting from a different base of followers, we can consider the percentage increase in followers to see which candidate got the biggest buzz.

The second question allows us to understand the type of campaign that the candidate is setting out to run, at least on Twitter. Are they talking policy or people? Action or reflection? The tweets would explain how the candidates were seeking to present themselves to the American people.

On technical issues, assessing the increase in followers was fairly simple – we had a starting point and an ending point, then we did the math. For the analysis of the tweets we used a textual analysis tool to extract the most commonly used terms in the candidate’s tweets, after excluding common words (a, the, by and similar).

So that’s what we did – now what did we find out about these presidential candidates on Twitter?

Followers: The Only Way Is Up

Our analysis focused on five candidates – Republicans Ted Cruz, Marco Rubio, and Rand Paul, and Democrats Hillary Clinton and Bernie Sanders – and in each case the campaigns were able to improve their follower numbers in the first weeks of the campaign.

Good news for everyone, but better news for some more than others.

The standout in gross terms on this measure was Hillary Clinton. Despite kicking off her campaign with in excess of 3.1 million followers, Clinton managed to add another 340,000 for an increase that topped 10% in just one month. This put Clinton far out in front of her rivals, particularly Sanders. Indeed, Clinton’s increase in followers in the first month of her campaign is more than four times Sanders total number of followers.

Sanders, though, has the edge on the field when it comes to the percentage increase in followers. The Senator from Vermont managed an incredible 53% improvement in the number of followers he had in the first month of campaigning, perhaps a testament to his appeal to young, millennial voters online.

On the Republican side Rand Paul led the way with a solid 8% increase in the number of followers he attracted in his first month on the trail. Paul, whose online team is driven by digital wunderkind Vincent Harris, was out in front of Ted Cruz (6.75%) and Marco Rubio (4.93%) in terms of a percentage increase and gross new followers, too. Rubio, though, coming off a much higher base of followers added nearly 10,000 more than Cruz in his first month.

When we looked at the actual tweets that the candidates made there were significant differences that emerged.

Once we gathered the data about the most common words used in a candidate’s first month of campaign tweeting we divided them into relatively broad groups:

Across the five candidates some different trends emerged.

The first candidate to announce their run for the White House was Ted Cruz and his tweet stream was all about action. The three most common terms in his first month of campaign tweeting were all verbs: promise, join, and reignite. Altogether, seven of the ten most common term on Cruz’s feed were verbs and it seems fair to conclude his campaign was presenting itself as one of action.

Rand Paul had perhaps the most balanced top ten terms with a mix of hashtags, verbs, references to American and time, and he was the sole candidate amongst the five to have a direct reference to an opponent in their ten most common terms list. Who? The Democratic front-runner ‘Hillary’, of course.

Data like this can be presented in a bunch of different ways, but amongst the best is an infographic If all the text makes it hard to keep track or compare the candidates and their first month on the Twitter campaign trail, then then check out the fantastic infographic we’ve produced with the free infographic maker, Venngage.

Interested in following the campaign on Twitter? Got an opinion on whose feed is worth following? Let us know!