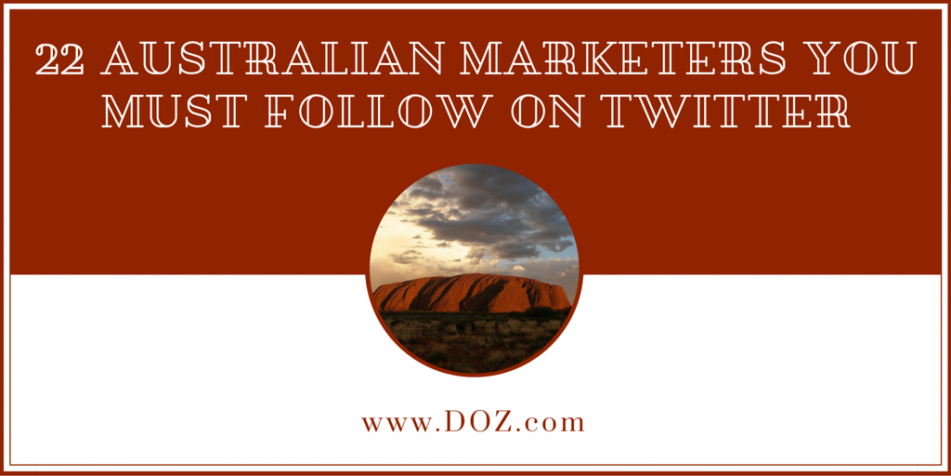 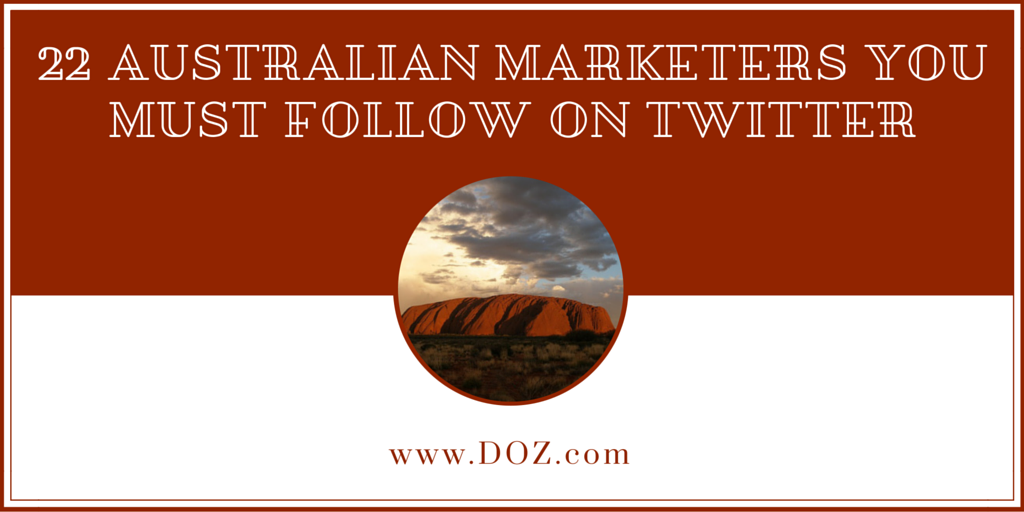 All this week on The DOZ Blog we are celebrating Australia Day by taking a closer look at the business and marketing world Down Under.

On Tuesday we highlighted some of the most exciting startups in the country, yesterday we considered how to reach out and win Australian customers online, and today we’re taking a look at some of the best marketers in Oz.

And believe us: there are plenty to choose from.

Whether marketing agencies that pump out quality content on their feeds daily, influential voices that comment, critique, and engage with their followers with passion and good humor, or marketing and advertising blogs that promote their own great content alongside that of the wider blogosphere, there are dozens of accounts that should be part of any Twitter user’s marketing feed.

While we could have taken the easy route and cut these accounts down to an arbitrary Top 10, instead we pulled all of the best accounts into a single, ultimate list of the 22 Australian marketers, blogs, publications, and influencers on Twitter.

Check out the list, read a sample tweet, see who you already follow, and add the accounts that you have yet to encounter to your feed. Take it from us: you won’t be disappointed.

So good… A MANIFESTO OF A DOER. https://t.co/f32ungOcXV

The 5 stages of Trump coverage (explained through Sarah Palin) – https://t.co/u1ZTinMOIf

Our editor says @mcsaatchi has no need to apologise for its 21st birthday bash: https://t.co/JSIFjLAaQG

Why every agency village usually has an idiot https://t.co/GFq3FZL9zk pic.twitter.com/7mO8mtNFhA

Good read be it Sydney centric: The golden age of Twitter is over https://t.co/goTSpuMN1X

Reading: Are Social Media Platforms Trying Too Hard to Be the Same? | Adobe https://t.co/MMrr9xOoiA

Mad Men in 2016: not quite as compelling viewing https://t.co/dbPQpgOvkO h/t @michaelkorjen

The head of @ComedyCentralAU on plans to grow the brand to be more than a website & opportunities for local comics. https://t.co/2Y4F2fOj3t

The Facebook-Loving Farmers of Myanmar. A dispatch from an Internet revolution in progress. https://t.co/a4G3kWdkKo

4 Key Stats to Monitor the Health of Your Blog https://t.co/ewRGfjCsHL pic.twitter.com/QcOx0tB1HK

Hey @crikey_news, your story on Freelancer today suggests it’s in 247 countries. That would mean 51 of them weren’t on earth (with 196).

A mate recommended @zoom_us for webinars; I told him I cut them from my list 'cos their website is a shocker. First impressions count!

Did We Miss an Essential Australian Marketers on Twitter?

Is there someone missing from our list? Is there a number 23 who we should have included but somehow didn’t? If so, let us know!