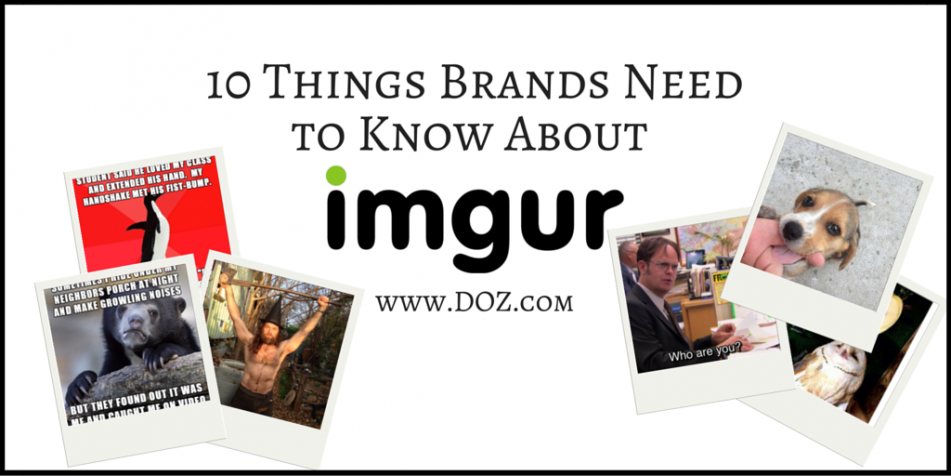 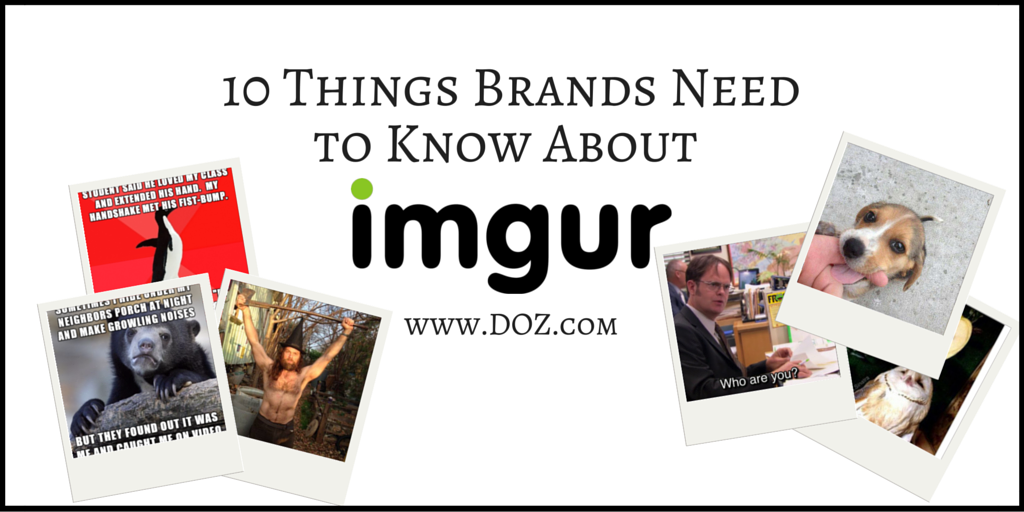 But if they are looking to go viral, hit the front page of reddit and Fark, and see their audience explode then they should be thinking of another social image-sharing site.

The bootstrapped image sharing site was launched in 2009 and in the years since has grown to be the image sharing site of choice for social bookmarking sites and social media channels alike. While originally facing heady competition from other sites like Photobucket, Image Shack, and TinyPic, Imgur was able to break through and facilitate the sort of sharing that users demanded in the second decade of the twenty-first century.

While home to hundreds of memes and discussions that quickly turn into, well, what discussions always turn into on the internet when they are not moderated, the site is also proving a boon to brands that want to reach out and connect with millennial males. This important demographic has proved difficult to target online but, on Imgur, smart businesses can reach tens of millions of these users with on-point, humorous, and ready-to-share images.

Imgur is not as big as Instagram and Pinterest just yet but it’s growing in both reach and importance. If you’ve never heard of the site or if it remains something of a mystery to you, here are ten things that you need to know about Imgur.

Not only does Imgur make money today, it has always made money. Founder Alan Schaaf told All Things D in 2012 that the only time that Imgur was ever ‘in the red’ was when he paid the original $7 for the domain name. Since then the site has relied on fundraising, donations, a short-lived premium service, and advertising to stay profitable. For an image hosting site this is a remarkable performance when so many other sites have gone under or have been forced to rely on expensive premium subscription plans to retain users.

The advertising on Imgur is on every page but this doesn’t mean that it is overwhelming. Imgur runs a single advertisement on each page which provides an opportunity for brands to reach the masses on Imgur cost effectively without disturbing the Imgur user experience. Buying ad space on Imgur is easy and rates are relatively low. So how does Imgur make money with low ad rates and limited advertising space on their pages. That’s easy: volume.

…on at least a billion pages a day.

Yes, that’s ‘billion’ with a ‘b’. Imgur gets enormous traffic and is ranked among the 50 most visited websites on the planet. And make no mistake: a billion page views is a slow day on Imgur which, in 2015, served up more than 900 billion images to its users. That’s an incredibly large audience to reach with clever display ads and for the brand or business that is seeking a way to reach out to the cutting edge of internet and geek culture, Imgur could be the perfect place – and especially if that brand is looking to reach young men.

One of the hardest demographics for brands and businesses to reach are millennial males. Not only are they among the most sensitive to online advertising efforts and most suspicious of native advertising efforts, they are also the most likely to install ad blocking software. On Imgur that audience of young men is estimated to be between 70% and 80% of the hundreds of millions of active users. For an advertiser who is reaching out to this demographic, Imgur is a wonderful opportunity to speak to them where they live.

Imgur users are on Imgur a lot.

TechCrunch took a look at the Imgur audience last year and revealed some incredible statistics about user behavior. 82% of Imgur’s 150 million strong user base spends more than 3 hours per week on the channel. What’s more, nearly 1 in 5 Imgur users admits to spending more than 10 hours a week on Imgur. TechCrunch calls this “addictive” but, for advertisers looking to reach these internet-savvy millennial males, what it really amounts to an audience that is incredibly hungry for content, smart ads.

No, really: they do. This doesn’t mean they’ll endorse your flashing banner ad with clicks, nor does it mean that every advertising effort on the platform is going to be a home run. But Imgur users like smart advertising and reward advertisers that ‘get’ Imgur culture with likes, comments, and clicks on a massive scale. As Imgur’s VP of Marketing explained to Business Insider, “If you look at the comments, there are people who are literally begging for more. They are pleading at Old Spice not to stop their ad campaigns — these are the people who go out of their way to block ads and here they are saying: ‘Please, give us more ads!'”

If Imgur is sounding attractive to you about now you should know that you aren’t the first to sense an opportunity for marketing to millennial males on Imgur. Big brands have already launched native advertising campaigns on Imgur and seen results. Among the advertisers are men’s fragrance Old Spice, gaming console brand Sony PlayStation, television and media property MTV, and online auction leader eBay. All have taken advantage of Imgur’s community of young men to drive interest in and clicks through to their web properties by providing engaging and humorous content.

There are three things that make Imgur different.

According to Imgur’s VP of Marketing there are three things that make Imgur different from other image sharing, image hosting, and social networks in general. He told Business Insider that Imgur values authenticity, a shared experience, and democratic programming. On this last point, Imgur is clear that what gets to the Imgur front page is not a function of the Imgur leadership team but rather the will – and upvotes – of the Imgur community. If advertisers want to reach the front page they can’t buy their way there; instead, they have to earn it.

When it comes to granular targeting of users, Facebook is king. Targeting a user by age, gender, location, interests and other personal attributes is easy on Facebook. On Imgur? Not so much. Imgur doesn’t offer the sort of granular targeting that Facebook and others do and instead leverages its huge audience and incredible page views from a specific demographic to appeal to advertisers more generally. Want to target older women or teenage girls? Don’t come to Imgur. But when you do, don’t expect to be able to break down your audience by individual demographic attributes – it’s just not an option.

Imgur is only getting bigger.

Both the site and the company are growing at a phenomenal rate. A billion page views a day? Now it’s three billion. A user looks at five images per visit? Now it’s an average of 11 images per session. A company of just 20 in 2013 is now more than 60 strong. The company that was once the side project of an Ohio college student is now welcoming more $40 million in venture capital investment to expand operations and retain their market leading position. In short, this is a company that is growing, a site that is expanding, and an opportunity for brands and business looking to reach millennial males that can no longer be ignored.

Have you tried advertising on Imgur? Let us know how you fared on Twitter!