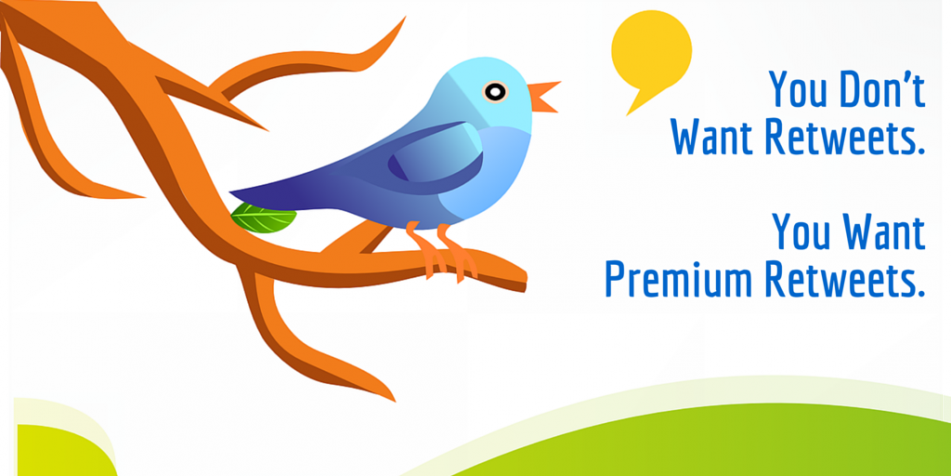 Previously on the DOZ blog we’ve explained how to track your engagement on Twitter using their native statistics package, Twitter Analytics.

As we explained then, Twitter records engagement when someone who sees your tweet retweets it, adds it as a favorite, replies to the tweet, or clicks on a link contained in the tweet. The higher your engagement, the more people who are exposed to and interacting with your tweets.

But not all engagement is equal.

While clicking on a link in the tweet is good for the site that is linked, and while it is evidence of the quality of the content you are sharing, it might not do much for your own traffic or send visitors anywhere near your site.

Similarly, favoriting a tweet – now with a heart instead of a star – is not the same level of engagement as a retweet. While the former sends a message to you, the latter sends your tweet into the feeds of all who follow the retweeter.

But more than this, not all retweets are alike either.

In fact, you don’t just want your content retweeted, you want premium retweets.

The concept of a premium retweet belongs to Chris Lake, the VP of Inbound Marketing at DueDil, a lead generation and risk management consultancy based in the UK.

Not all retweets are equal. Shares that include comments are way more interesting, more revealing, and can be incredibly valuable in driving engagement.

In other words, a retweet that is a modified version of your original tweet is better than a simple click/confirm/move-on retweet.

And if you think about it, the reason this sort of engagement is more valuable to businesses should be obvious.

A person who simply retweets your content can do so in two clicks of a mouse or, more likely, two taps of a smartphone screen. Dozens of services exist to offer automatic retweets of content that includes certain keywords or that are tweeted from certain accounts. While it is possible that this person thinks your content is amazingly good…but it is also possible that the retweet doesn’t represent engagement as much as it represents a computer algorithm correctly identifying a keyword in your tweet.

When someone retweets your content but takes the time to add a thought, add a hashtag (and thus add you to a wider conversation and expose you to more potential content consumers), modify the text of your tweet, or comment using Twitter’s quote function they are truly engaging with your content. It might only be for a few seconds, but it is infinitely more than a quick double-tap before returning to scrolling through a crowded feed.

It’s more work to track your premium retweets separately to your retweets and unfortunately Twitter does not offer a breakdown between retweets and retweets where the content has been adapted, augmented, or quoted.

For large businesses it might be close to impossible to check every single retweet for its content and separate out the premium retweets from the regular retweets.

But for a smaller business or an individual with an average following on the social network, it is a little easier. As the retweet notifications come in during the day, keep an eye on how many are premium retweets. If part of your Twitter outreach strategy involves following the accounts that engage with your content, accounts that deliver a premium retweet of your content should be favored over the ‘regular’ retweeting account.

Keep an eye on tweets and retweets that mention you, too. Twitter is good at notifying you that you have been mentioned in a retweet and often these can be tweets that are premium remixes of your own tweet. These don’t show up in your engagement statistics for the original tweet, and while Twitter will record the mention of your Twitter handle, it won’t link that mention to your original tweet. That one’s on you.

The goal of all of this tracking, of course, is to determine what in your content engages your audience most, which of your followers are the most engaged in your audience, and to add some nuance to the bare metrics of favorites, followers, and retweets that Twitter offers.

Chris Lake’s notion of a premium retweet is a valuable one.

Winning retweets from your followers for the content that you produce is valuable but having those same followers engage more deeply with your tweets, continue the conversation you started, add you to a broader conversation, and push your content to a larger audience is far more valuable in the long term.

Tracking – even in a rudimentary way – the premium retweets that you are earning each day can give you a good idea of the content that works, and the people who are helping you expand your business’s marketing reach.

How do you earn premium retweets? What has been your experience with premium shares on Twitter? Let us know in comments below!