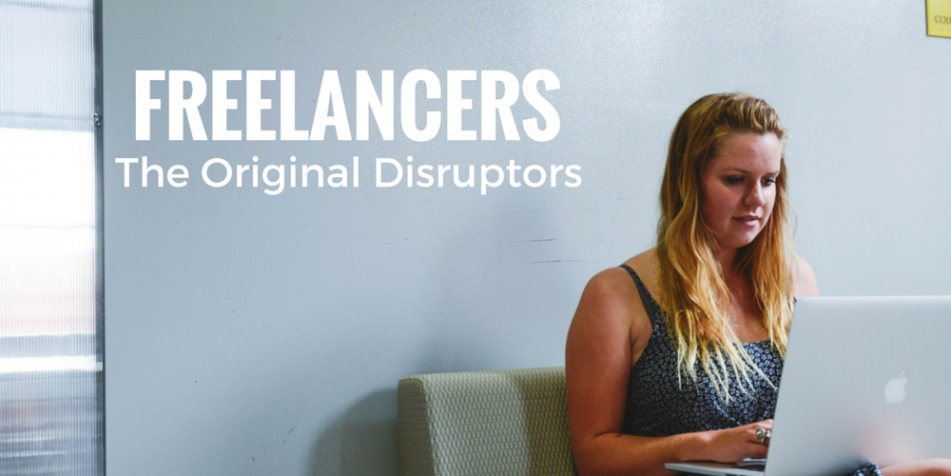 Talk about disruptors and disrupted industries is everywhere.

Whether it is Uber shaking up metered transport in big cities, Airbnb serving up a challenge to big hotel chains, or maybe BuzzFeed and The Huffington Post changing up the media landscape, disruption is a term that has come to define a means for finding new value in mature industries where things seemed to be all locked down. Assisted by technological improvements and particularly easy access to that technology by the masses, disruptive enterprise is redefining what it means to be successful. It’s no longer just about making more money than the other guy; now it is about redefining entire industrial landscapes, shocking mature market leaders, and forcing societal change.

Ask an average person to name a disruptor and they’ll probably offer you one of the company names above. And, to be fair, Uber, Airbnb, BuzzFeed and The Huffington Post are all significant disruptors. The fashion conscious might nominate RentTheRunway and their rent-a-dress service that monetizes a habit – borrowing a dress for a special event – many had previously engaged in among friends. A younger, mobile-happy crowd might offer up Snapchat. Or maybe you’ll hear about NJOY, a company that wants to stop an entire world from smoking tobacco and help them to ‘smoke’ their e-cigarettes instead – all it creative destruction with a healthy spin.

But there’s a bigger disruptive force in the market today – bigger in almost every way.

Uber might count nearly 200,000 drivers in the US. The disruptors I’m thinking of now count more than 50 million workers.

Airbnb has created an economy worth more than a billion dollars annually. My disruptors? They pulled in revenues of more than $715 billion.

These disruptors are growing at a rate of more than 40% in the UK and Europe, quickly becoming the fastest growing sector of an otherwise stagnant continental economy.

Who am I talking about? Freelancers.

I like to think that freelancers are the original disruptors. Freelancers took a typical way of earning money and, aided by technology, built a new way of working that was better for them and for their employers.

Freelancing has become so popular that, in the United States in 2014, a full third of the workforce now identifies as a freelancer. To be fair, they don’t always call themselves freelancers and terms like self-employed, contractor, gig worker, entrepreneur, and even consultant abound in the freelance economy.

Not every freelance experience is the same, either. Some work from home, some work from coffee-shops, some use co-working spaces, and others work from their cars with a laptop, cellphone, and empty car seat next to them replacing a traditional office cubicle.

Whatever they call themselves and whatever their daily working environment, freelancers are disrupting businesses in ways that many still do not fully understand. So extensive has been the disruption wrought by freelancers that it is almost difficult to imagine a time before freelancers defined the economic landscape. Consider the following example.

“I Want to Start a Business”

Launching a business is always a big decision. You’re committing to a project or an idea and there’s a lot riding on your success or failure.

But there used to be more.

Back in the 1980s opening a business probably meant renting office space, hiring some staff, setting up utilities, and buying equipment for your team to use even before you made a single sale. In the pre-internet days you needed a physical space to work with physically-present workers. The boss was expected to provide all the equipment those workers needed to work – and of course it went unsaid that all of your workers had to work in the same building.

How things have changed.

Well forget the office space for one. You don’t need a physical location for your staff to gather when you start up a business these days. You’ll be employing freelancers who have their own, preferred working spaces, anyway.

You’ll still hire staff but there’s no need to take them on full time. Freelancers like the stability of good work from a regular client but freelancers also like the challenge of working for different clients in the same week. And anyway, using freelancers means you can get a world-class marketer or accountant working for you a couple of hours a week when you need them, and you don’t have to pay them of the remainder of the week when you don’t.

When it comes to utilities, your freelancers will take care of that for you. If they are working out of their homes then the cost of the utilities they use there are factored into their rate (or should be – see our freelance rate guide). If they are working out of a coffee shop, then Starbucks is covering the charges for you – there’s a reason the coffee isn’t cheap, you know.

Your freelance team will also save a new business owner the cost of investing in equipment for everyone on the team. A freelancer brings their own machine, their own phone, probably their own internet connection, too.

And the freelance economy and the disruption it has wrought on the entire economic landscape means that you don’t have to have your team in the same building. Heck, you don’t even have to have them in the same time zone or even country. Freelancers are ready and willing to take on tasks, roles, and gigs on the other side of the world. if you need them, they are there.

In short, the cost of opening a business has dropped significantly thanks to the disruptive effects of freelancing. Starting up something new is still a risk, but its a smaller and more manageable one now than it was back in the 1980s – and freelancers are both the cause and the continued driver of this change and these savings.

The effects of the freelance disruption are so vast that they are even changing the solutions we envisage for those not working. As a Forbes columnist wrote back in 2013:

Maybe the answer to the “jobs crisis” isn’t offering incentives to large companies to site their operations in a given region, or to cherrypicked startups in hopes that they’ll flourish and the benefits will “trickle down.” Perhaps the answer is to encourage, and enable, a broader swath of the public to consider themselves entrepreneurs and encourage them to re-evaluate what they have to offer. Even the most demoralized jobseekers may be surprised to realize how many opportunities exist in new professions and areas that were much more difficult to monetize in the past.

For example, people with skills that were once considered hobbies – like video games, fashion, music, fitness, and mentoring – are now in-demand consultants that people pay to talk to on a regular basis. The reality is, the job market isn’t getting bleaker. It’s becoming more opportunistic by embracing change and evolving with the times.

The title of that Forbes column? “The New Freelance Economy: How Entrepreneurship Is Disrupting Unemployment”.

Freelancing means that we don’t work in the same place, in the same ways, for the same salary, or with the same stability that we have before. Freelancers might be the original disruptors, but they’re only getting started.