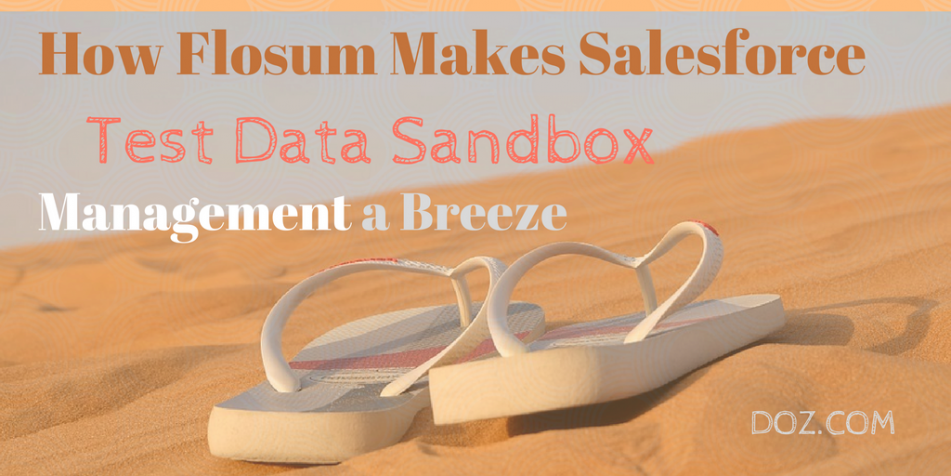 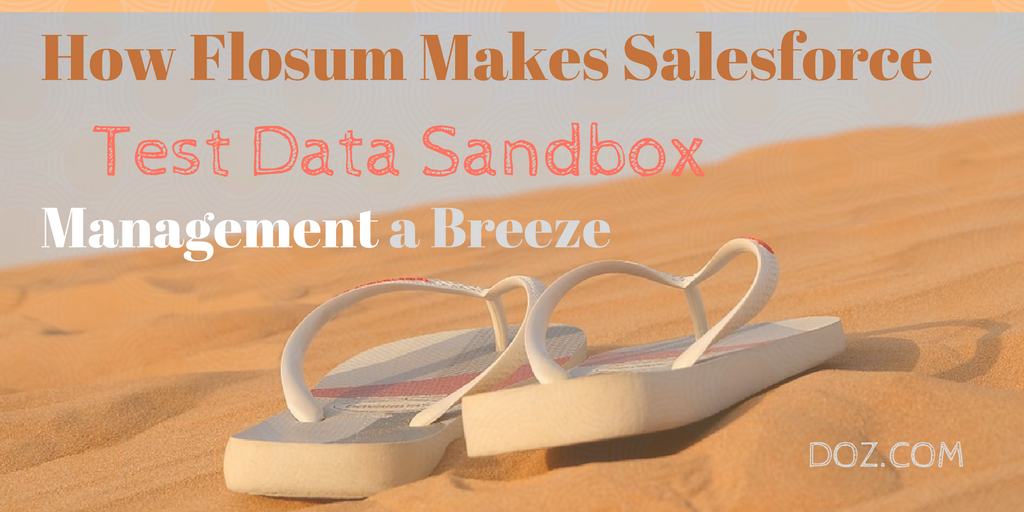 This is a guest post by Barrack Diego. He has been working on the Salesforce CRM platform for more than five years. He has made extensive use of the Flosum data loader that is available from here. Feel free to follow him on Twitter.

The IT industry has spawned such a large number of jargons that even the most experienced often find themselves at a complete loss to decipher them and need to turn to reference books. For instance, developers and programmers use a variety of codes in a number of programming languages to develop their applications. They also make use of codes to carry out tests that ensure that the websites they have developed are working just as they are intended to. In fact, there are a number of sites that are specifically meant for developers to conduct their trial runs and various testing routines. These sites are termed as sandboxes, and need to be used to make sure that the programs and products work fine. At their most basic level, sandboxes are just a recreation of the business environment where the developed product is meant to work.

Prime Reasons Why the Use of Sandboxes Are Highly Favored

Sandboxes can be of various types and it is imperative that the developer makes use of the most appropriate one to conduct the trials. A full sandbox is one that is an exact and full copy of the production organization and includes all of its data. In comparison, a partial sandbox just contains all the metadata of the organization, but only a small amount of the data of the production organization. Developer sandboxes are deliberately created to test that the coding is all right and that the features function as they should. A more refined version of this type of sandbox is the developer pro sandbox.

The reason why sandboxes are extensively used is that they save a lot of time, effort and money by enabling developers to recreate the business environment of its customers rather than play around with their actual data. Sandboxes come in very handy when you just do not have the time and budgets to engage in delicate and complex activities like data migration. The sandboxes help to save precious time that would have been otherwise expended in data migration and then troubleshooting.

Problems and Issues with Sandboxes

It is not as if everything is absolutely hunky-dory with the use of sandboxes – they also bring to the table their own and unique share of concerns. Firstly, the full and even partial sandboxes can be quite expensive. Therefore, it can be quite a big challenge to make the budget stretch to accommodate a number of sandboxes that may be required to test out different apps, every time something new is being developed for the customer. It can be a big relief to use data loader tools such as the well-tested and reputable data migrator developed by Flosum. The data migrator can be very easily downloaded from http://www.flosum.com/salesforce-data-migrator/ and utilized to make life easier in such situations.

Since even partial sandboxes can be quite costly, it can be useful to have a number of developer sandboxes that are relatively inexpensive. One of the biggest benefits of using the Flosum data migrator is that you can use it to create development and testing environments that operate as if they were partial sandboxes. Flosum makes it possible for developers to easily move around production data they can transform each and every developer sandbox very easily into partial data sandboxes.

Another great advantage of using the Flosum data loader is that developers can control the commonly encountered crowding associated with the use of full sandboxes. When there is heavy congestion in the full sandbox, a number of problems are commonly seen. These include slowing down of the work due to code loss that happens all the time when someone else mistakenly overwrites essential code requiring the concerned developer to start again from scratch. Rather than battling traffic in a full sandbox, developers can choose to work in developer sandboxes and have it transferred whenever and wherever required.