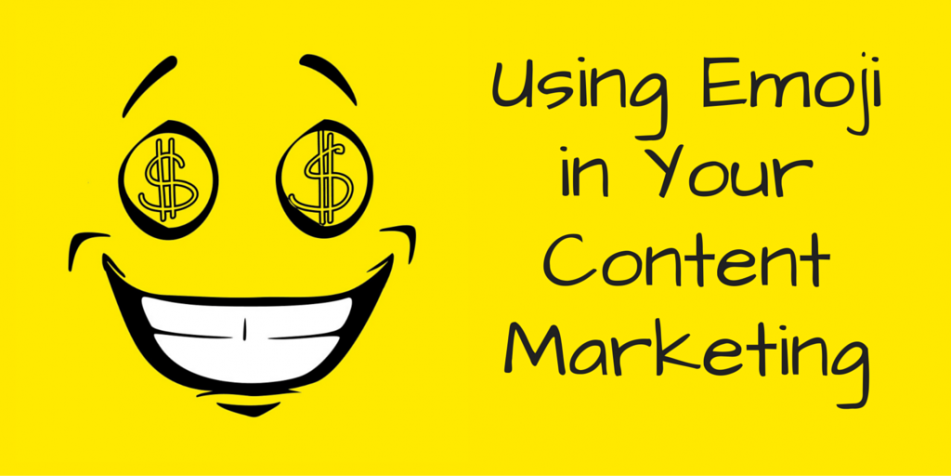 People have long said that a picture speaks a thousand words and, with the rise of emoji marketing, they might be being proved correct in the strangest way.

What was once the sole preserve of Japanese teenagers punctuating their text messages is now part of the global zeitgeist. An increasing proportion of modern communication – text messages, online chats, blog posts, essays, and even the odd otherwise serious corporate statement – now comes with emoji included. Whether highlighting a particularly important, shocking, or amusing point, expressing an emotion that is difficult to put into words, or in an attempt to tell a story (or re-tell a classic tale) emoji are common.

And marketers around the world have not been ignoring this trend.

Indeed, emoji are increasingly common elements of marketing campaigns and are being used in a variety of ways to reach out to consumers, customers, and soften even the hardest of brands.

Emoji and Your Customers

One of the first things that any marketer needs to consider when creating a marketing plan. After all, if your customer is young, rich, and uses social media you’ll want to design a different campaign than you would if your customer was older, less-wealthy, and consumed most of their media via network TV.

Sprout Social have produced a fantastic infographic on the use of emoji by marketers and it is little surprise that one of the first parts of that infographic explains just who uses and consumes emoji regularly.

When it comes to heavy users, it is probably no surprise that young people are ahead of the generational curve here:

While its clear that younger users more frequently use emoji to communicate and, therefore, will likely be more open to marketing that use emoji, the decrease in frequent in older audiences is not all that large. In simple terms, where about 7 in 10 of teens use emoji frequently, it’s 6 in 10 for the grandparents of those teens.

In other words, people of all ages are likely open to emoji-enhanced marketing.

Sprout Social also gathered research about how people feel about their emoji.

In an incredibly interesting finding, they concluded that 75% of men and 84% of women believe they can express themselves better using the colorful characters than by using words. Whether this is taken as evidence of the power of emoji or the limits of text, it suggests a preference for using emoji when a message is important.

And what could be a more important emotion than love, right?

Sprout Social found that three of the four most commonly used emoji on Twitter and all of the top three emoji used on Instagram included love hearts. For brands it was a slightly different story (sparkles, soccer, and coffee came out on top on Twitter there) but even for brands the most popular emoji represent positive emotions rather than negative emotions.

So how – and when – should you use emoji in your digital marketing campaigns?

Sprout Social offers a nice checklist to run through when weighing the creative choice to use or not use emoji in a campaign. Among the most important considerations for campaign managers are:

It’s all good advice and included in the full Sprout Social infographic below.

Have you had success using emoji in marketing campaigns? Tell us about your ups and downs in comments below!