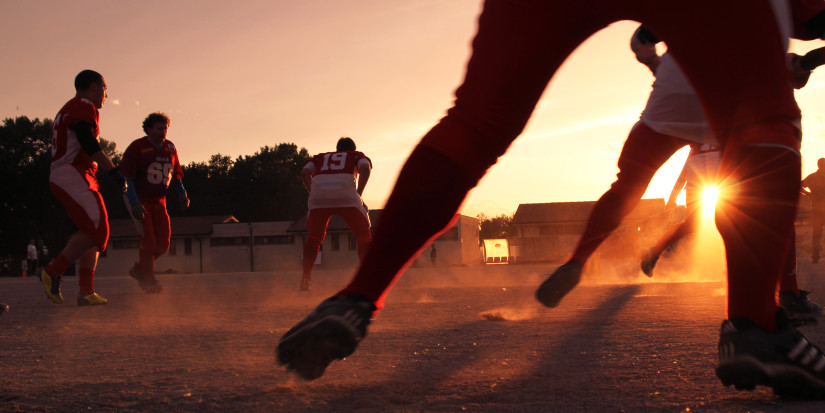 It’s Super Bowl Week here at DOZ and, being the media and marketing junkies that we are, we can’t wait for the game – if only for the ads.

Super Bowl advertising is a major financial commitment on the part of national brands, with 30 second spots going for as much as $4.5 million this year. Globally renowned agencies fight for the chance to showcase their skills in front of an audience of more than 110 million Americans, and many millions more around the world.

Traditionally the high cost of television advertising at the Super Bowl has left no place for freelancers to ply their wares. After all, a brand that is going to commit millions to just 30 seconds of TV time is willing to pay a lot more to ensure that the advertisement they choose to run is perfectly crafted, rigorously tested and focus grouped, and usually this means choosing a major agency with the resources and experience to deliver.

Usually. But not always.

Indeed, for the last 8 years one brand has opened its arms to smaller agencies, freelancers, and even individual creatives with a unique – and now widely imitated – approach to Super Bowl advertising. We’re talking, of course, of Frito-Lay.

In 2007 Frito-Lay pushed their corn chip snack, Doritos, to the top of almost every media and marketing story on Super Bowl XLI advertising. The Doritos advertisement at the Super Bowl that year was a simple 30-second tale of a guy, a girl, some corn chips, and a very unfortunate series of events. Known simply as ‘Live the Flavor’, the ad was ranked the 4th best by the USA Today Ad Meter and one of the Top 10 advertisements of the year by Time magazine.

An award winning advertisement coming out of the Super Bowl wouldn’t be too surprising considering the time and effort poured into those few short seconds of screen time. What made ‘Live the Flavor’ special was that the team behind it wasn’t a Fifth Avenue agency but rather a group of five friends who made the ad for less than $20.

Dale Backus, one of the people behind the ad, described the production of the clip as an exercise in bootstrapping:

We already had the camera, computers and software to make the commercial – so even if we didn’t make the commercial we would have spent no money whatsoever…Acting was done by members of our team, obviously for no charge, we wore what we had, nothing at all was rented and anything we used we didn’t already have was borrowed free of charge.

The cars were borrowed from parents, we only shot for a totally of 8 hours over 2 days so no food was necessary during the shoots, and the shooting location was approximately two miles from where we live. We didn’t require any permits from the city or county because it wasn’t necessary – the Mayor of our city even sent us a congratulatory letter.

So the bottom line is, the only thing we actually had to go spend ANY money on to make the commercial was on 4 bags of chips. EVERYTHING else was either already owned or borrowed free of charge.

The small team behind the advertisement became something of local stars in the marketing community, with Time magazine reporting that the ‘Doritos kids’ were a bigger draw at the 2007 Duke University MBA Marketing Conference than established CEOs and stars of the startup sector.

They were sitting a few rows back, and I kept staring at them. There’s the cheesy guy who crashed his car (Nick Dimondi)! There’s the spicy girl who tripped in the middle of the road (Cori Backus)! Cori really did smack her head on the pavement, by the way. It hurt, she says.

The rest of the Five Point Productions crew that made the ad were Dale Backus (Cori’s husband), and the Phillips brothers, Barrett and Wes. Nick and Wes are the oldest of the bunch, at 22, and Nick’s the only one who has been to college (Jerry Falwell’s Liberty University). The brothers’ father, Reed Phillips, provided the funding: $20 for a few bags of Doritos (they gave him back $8 in change).

From advertising wannabes to conference draw cards, freelancers with a dream to keynote speakers – and all on the back of a single ad at the Super Bowl that thrust them into the national spotlight.

The Power of Participatory Marketing for Brands

For Frito-Lay and Doritos, the value of the participatory marketing model has been proven not only in 2007 but also in every year since. In 2015 the Doritos Crash the Super Bowl competition has again drawn thousands of entries and attracted hundreds of thousands of votes from viewers online.

Doritos has enjoyed increased sales and leveraged the popularity of the Crash the Super Bowl campaign into an annual campaign that attracts eyeballs and clicks across the entire year and not just a single commercial break in a football game. The ease with which individuals, teams, freelancers, and small agencies can submit advertisements to the competition has provided Frito-Lay with a massive database of advertisements to draw on in future traditional campaigns:

According to Frito-Lay Chief Marketing Officer, Ann Mukherjee…these campaigns have been the most successful marketing initiatives in the brand’s history. Besides, as Mukherjee points out, “I have 25,000 ads in the can…and they’re free!”

Further proof of the value to the brand of this consumer participation? Try this on for size:

The Doritos advertising campaign for 2011 consisted entirely of the best ads from past “Crash the Super Bowl” contests.

A year of advertising ideas created organically from consumers in love with the brand – does it get any better?

Frito-Lay and Doritos have obviously reaped the benefits of their participatory Superbowl campaigns.

But the consumers, fans, and friends who have submitted popular commercials in the annual competition have also realized great success on the back of their Doritos ads.

The team of friends behind that first advertisement invested in their then-very young agency, coming back a couple of years later to win a spot promoting Doritos in Super Bowl XLII. They would go on to invest their winnings from the commercial competition in a small business that today brings in annual revenues closing in on eight figures.

Other small agencies and individual freelancers have celebrated similar success despite small budgets:

[2010’s] “Underdog,” from Joshua Svoboda, who just happens to have been, yes, a creative director at a production company called 5 Point Productions…reportedly cost only $200 to shoot.

And [2011] winners, JD Burningham and Tess Ortbals – who are actually award-winning filmmakers who run their own commercial production company – only spent about $500.

Perhaps it is Dorito’s contest winner Mark Freiburger, however, who has tasted the most success on the back of his Superbowl commercial success. Freiburger was responsible for the 2013 winning commercial, ‘Fashionista Daddy, an advertisement that CBS would name “the greatest 30 second Superbowl commercial of all time’ despite being made for a paltry $300.

Just 29 years old at the time the commercial was released, Freiburger parlayed his winning commercial into a mentorship under filmmaker Michael Bay on the movie Transformers: Age of Extinction. He is now a professional writer, producer, and director and is making a career on the small and large screen largely – though not entirely for the talented Freiburger – on the back of his success with Doritos.

As the Super Bowl approaches once again the final votes are being tallied in this year’s Crash the Super Bowl competition. As always, the standard of the finalists is very high and ten commercials from four countries are vying for a prize of $1 million and a year working at Universal Studios. It’s tough to predict a winner but, come Sunday, yet another David will have bested the Goliaths and perhaps set themselves on the path to greatness.