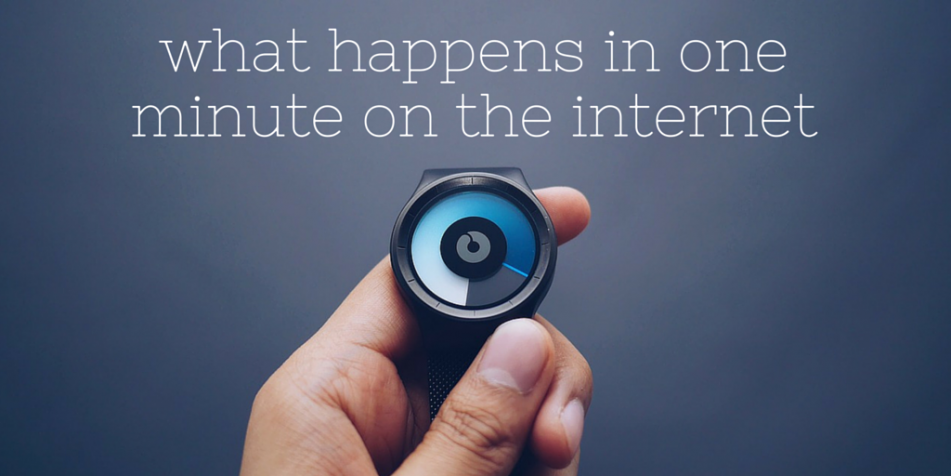 What Happens in One Minute on the Internet 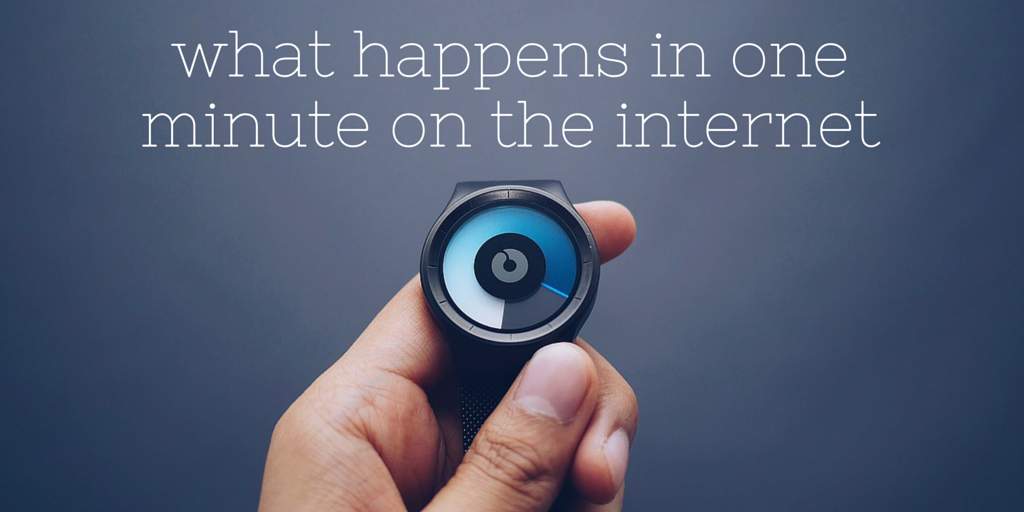 Take a planet of 7 billion people, connect them all together, add a bunch of sites and applications, and see what happens.

Yes, that’s the internet of today.

Well, sort of. Not all of those 7 billion people are online, and not all who are online are as connected as they could be (I’m looking at you, China). But more and more the world is increasing in its interconnectedness and the interactions that take place online every day are more numerous and more important than ever. Hardware like fiber optics can also upgrade and improve our internet speed and reliability so these interconnections between people and business entities will grown even more. You may also hire experts in network management to make sure your network is stable and secure.

Measuring these interactions is more than just a game of statistics or providing some data for a series of ‘well how about that?’ tweets. Instead, these statistics represent a real means for assessing the trends in interpersonal communications worldwide.

Visual.ly has produced an engaging infographic that explains how the world is interacting every minute online. We’ve reproduced it here below but it’s worthwhile digging a little deeper into some of the data that, as a whole, demonstrates just how much communication and sharing is taking place online.

Social media is increasingly important for business but it is personal use that still defines the social space online. The influence of the largest social networks, and of Facebook in particular, is incredible and the figures that Visual.ly has pulled together demonstrate this. Consider that in a single minute on Facebook:

Those figures are truly stunning when you consider we are talking about a space of only 60 seconds. To put that in a more comprehensible context, that’s 50,000 shares and likes every single second!

While other social networks are also busy corralling user generated content, they still pale in comparison to Facebook. Instagram, for example, manages only 56,000 image uploads each minute which is only about a quarter of Facebook’s upload rate. Pinterest sees close to 10,000 pins per minute representing less than 5% of the images uploaded to Facebook each minute. Comparisons like this suggest that even the image-centric social networks are still well behind the big blue giant.

At Twitter the volume of tweets is higher with nearly half a million tweets sent every minute. Snapchat sees 280,000 snaps sent, there are another 140 submissions to reddit, and 120 users are added to LinkedIn’s professional social networking (and email spam) machine.

In terms of communication the world is moving towards chat. This doesn’t mean that more ‘traditional’ online communications methods like email are going away entirely. Indeed, there are an incredible 150 million emails sent every minute! However, chat and instant messaging is becoming more prevalent and increasingly the preferred means of communicating online.

WhatsApp, for example, processes more than 44 million messages every minute while alternative IM service WeChat processes another 21 million messages. While still behind email in terms of volume, the relative lack of spam on IM channels makes it far more likely for messages to be read, processed, and responded to.

iOS or Android: no matter your mobile operating system, you’ll be downloading apps to make your smartphone experience better, and more personal. But which OS comes out on top?

No surprise that the significantly larger pool of Android phones and the larger application repository sees the Google-backed OS come out on top. Every minute nearly 100,000 Android apps are installed. This is something like double the number of apps installed on iOS devices (smartphones and tablets combined) with just less than 50,000 app installs each minute.

Unmentioned in the infographic is the amount of time that user spend on those apps. According to Smart Insights’ most recent survey, 90% of the time that a user is on their mobile device they are using an app. They are not browsing the web, they are not sending texts, and they are almost certainly not using their smartphone as a phone; indeed, the modern smartphone is more about apps than it is about voice communication these days – who would have thought that back in the days of the Nokia 3310 where voice and games like Snake were far more important to consumers than even SMS and WAP internet connectivity.

In one minute on the internet there is a whole lot of streaming going on.

Netflix users, for example, stream nearly 70,000 hours of video each minute. On YouTube the figure is even more impressive at 139,000 hours, and then there’s nearly 40,000 hours of audio streamed by Spotify.

These figures are all the more impressive because, just a few years ago, the streaming internet did not exist. Sure, YouTube has been around for a decade and has established itself as the go-to site for music and video, but the bandwidth, mobile technology, and business case for streaming music and video did not exist ten years ago. These streaming sites and the business models that underlie them, then, are a product of a changing landscape of entertainment and consumption. The cordless generation and the diminishing influence of cable companies in reaching out to American consumers means streaming services will only grow more pervasive and influential in the years to come.

As the Visual.ly infographic explains beautifully, one minute on the internet creates, streams, and otherwise generates more content than could possibly be absorbed in a lifetime. This presents challenges as well as opportunities for businesses, for individuals, and for the wider internet audience, too. Will it slow down? Will user generated content disappear? Is there a chance that we’ll head back to the Yahoo-style portals online and start using our smartphones to, you know, call people instead of spending all our time on apps? Unlikely on both counts – the internet is an amazing place and isn’t going to slow down anytime soon.