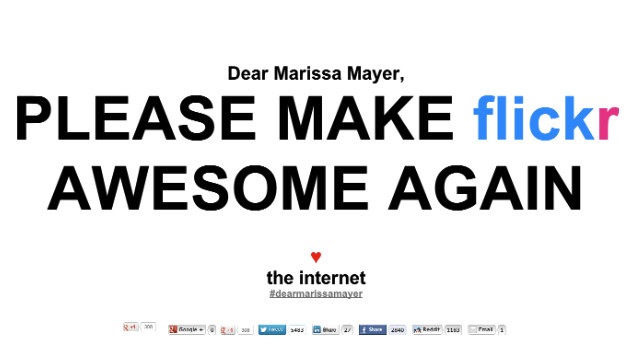 I have read a lot about Marissa Mayer, the former head of the Google Search group and the 20th employee at the search company lately. She was all over the news! Quite impressive!   Since, I had the feeling that it was time for me to talk about something that is not Google or Facebook related …here I am.

A lot has been said about the pregnant , 30-ish,woman and now new Yahoo CEO. Put altogether it sounds like she was everything but close to being the chief executive of a publicly traded Fortune 500 technology company. Quite risky for the struggling tech giant to do such a move if you take all the previously stated, but let’s be honest she’s got things to change.

From Venturebeat to Forbes there’s been a lot of gossip, which would never happen with males !

From all the opinions and interviews I’ve read, Netscape co-founder Marc Andreessen was by far the most considerable about Mayer’s new position. Considered as a great choice for Yahoo he points out the three following reasons:

(1) She’s a proven manager at scale,” he said. “She knows how to run these companies at scale. There aren’t that many product managers in our industry who can manage at scale.

(2) She’s a proven product leader, able to learn from mistakes without blaming people. Being capable to make the right decisions about killing products is one skill Yahoo could take advantage of.

(3) She knows the Internet inside out” while “the last four CEOs were clueless and did not understand [the] Internet,”

Google and Yahoo being both search giants, Yahoo can surely expect Mayer to bring new credibility in technology thanks to her valuable experience at Google.

She was an “executive responsible for the clean look of Google’s homepage, is an engineer and inventor credited with several patents in artificial intelligence and interface design.” In charge of determining what best serve search users (user experience) she had a sense of things engineers can’t easily measure, like design.

We can expect new products that can bring back Yahoo’s properties.

Yahoo is said to be way too long to make decisions. Quick innovation, that’s been missing, is compulsory in such industry. Together with a long-term vision, which Google is good at, Yahoo can use both to get back on track.

Known to be exploring unknown areas, Google has tried to differentiate itself by testing project as the self-driving cars and the augmented-reality eyeglasses. Giving the opportunity to the staff to express their personal projects and ideas might be of use.

Yahoo doesn’t have the resources today to focus much beyond fixing what is broken but let’s not forget that the struggling tech company still has remaining “strengths”. Yahoo has a nice portal page, comparable to iGoogle portal site that, just to remind you, is being dropped by Google. Also, Yahoo Mail, is still one of the largest e-mail providers.

She seems to gather a couple of precious skills.  She is likely to bring Google’s rigor to Yahoo’s product, with some creativity but let’s not forget Mayer remains untested. She has never run a company, so it may be challenging for her to adjust the culture of Yahoo.

Still, Yahoo gets a short-term boost from her.

So, what’s your opinion? Can Marissa Mayer save Yahoo!?