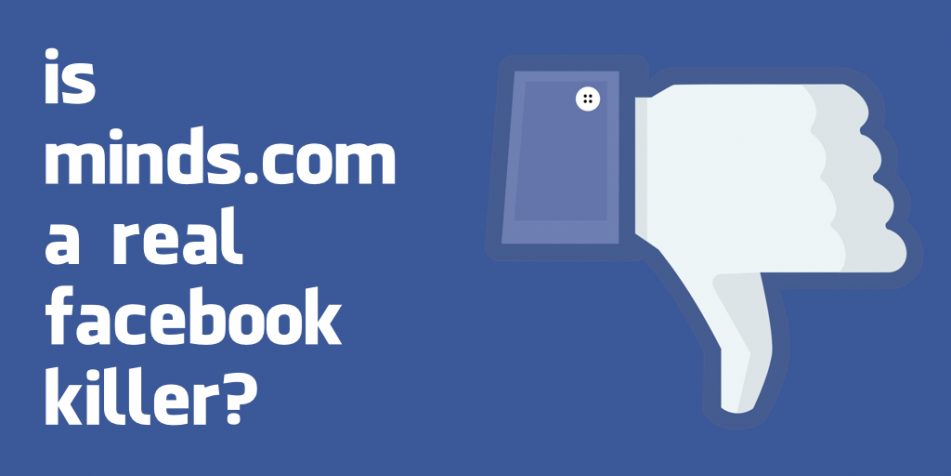 Last week news broke that a new social network had emerged and was seeking to challenge Facebook for social network dominance. Winning support from privacy advocates and the online hacking group Anonymous, Minds.com made headlines across the world with its open-source, privacy-guaranteed business model.

As The Independent explained:

The site, Minds.com, has the same basic options as any other social network: users send updates to their followers, who can comment or promote posts that they read. But unlike its competitors it doesn’t aim to make money from gathering data — instead, it encrypts all messages, so that they can’t be read by advertisers or by governments.

The Independent continued and noted that there was a second string to Minds.com’s bow:

The app’s other big differentiating feature from other networks is that it rewards people for interacting with posts, by voting, commenting or uploading. Users are given points that can then be exchanged for views, meaning that the posts of active members will be more promoted by the network.

Minds.com, then, offers some nice differentiation to the ‘blue giant’ from Menlo Park. But is it a Facebook killer?

To answer this question, let’s consider what makes Facebook such a force in the first place.

In the hit series Silicon Valley Russ Hanneman likes to refer to himself as a member of The Three Comma Club – a reference to his billion dollar wealth that requires three commas to write out in full.

When it comes to social networks, Facebook stands astride almost all of the competition with its ‘three comma user base‘. The only other social network claiming this many registered users is Google+, though even Google would admit they are not much of a challenger to Facebook’s dominance.

The biggest challenge for a Facebook challenger to overcome is the breadth and depth of the Facebook user base. If you haven’t got a product that can quickly scale to a billion users, you aren’t going to worry Mr Zuckerberg too much.

Facebook can deal with just about anything you throw at it.

Images? No problem – whether a single shot or an album with hundreds of pictures, Facebook handles the lot.

Text? Whether it is a status update, a long post worthy of a blog, or a conversation with friends, it’s easy with Facebook.

Sharing is simple, and websites across the world encourage their readers to press that little blue button and send their content on to friends on Facebook. Unless a competitor makes it as easy to share content as Facebook has, and unless content creators get onboard to encourage that sharing, any competitor is going to have trouble unseating Zuck.

Consider the list of acquisitions that the company has made in recent years:

Read that last one again: that’s a $19 billion acquisition. That valuation made What’s App bigger than nearly 80 national economies, and it is just one of dozens of acquisitions by Facebook.

The size of the Facebook bank balance means that any competitor who might steal even part of Facebook’s user base away for even part of their online activity can be swallowed up fast. Thus, to avoid instant messaging moving away from Facebook Messenger to What’s App, Facebook bought What’s App. To stop image sharing moving to Instagram, they bought Instagram.

A Facebook killer is not only going to be challenged to find consumers, they are going to face the challenge of saying no to Facebook’s millions, or billions.

So, bearing this in mind, is Minds.com a real challenger to Facebook, or maybe even the proverbial “Facebook killer”?

Minds.com addresses a couple of the consumer complaints that Facebook users have lodged in recent years.

Minds.com seeks to make your social sharing more private, handing over the keys to the castle to you. They aren’t the first to try this (remember Ello?) but their efforts are transparent enough to get Anonymous on side early on, creating a buzz and setting up some real differentiation to Facebook.

Second, Minds.com is clear about how things are shared, what drives the appearance of an item in a follower or friend’s news feed, and how a business’s reach is determined. This is a problem that has been cited numerous times, including in the following cases:

Minds.com serves up a different model that is completely transparent and offers users a real way of moving their posts into the social sphere by being social themselves.

So we have two significant issues with Facebook and a company offering a network that addresses them both. Why wouldn’t we consider Minds.com a Facebook killer?

A couple of reasons:

Unless Minds.com can figure out a way around these two problems, Facebook isn’t going to pay them much attention.

This doesn’t mean that Minds.com and similar social networks are without value. Indeed, in as much as they drive change at Menlo Park and push Facebook towards greater transparency and improved privacy, competing social networks actually serve a very real public good.

But that said, we are still a long way from finding a real Facebook killer and, unfortunately for Minds.com, they aren’t it.

What do you make of Minds.com? Let us know in comments below or on Twitter!