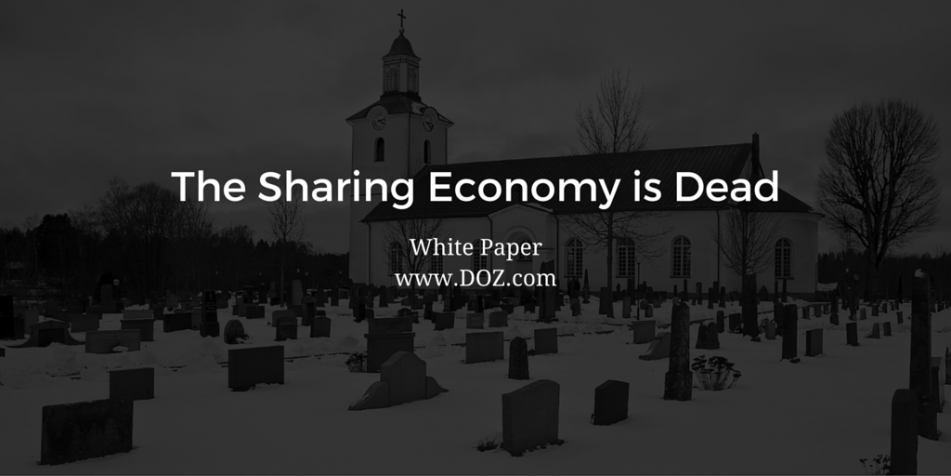 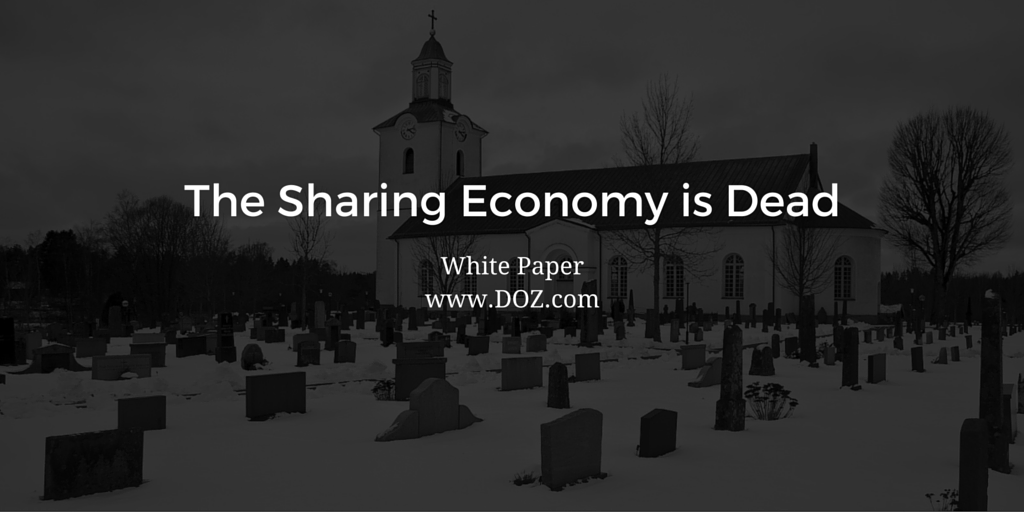 Today DOZ is proud to release its new white paper, The Sharing Economy is Dead. 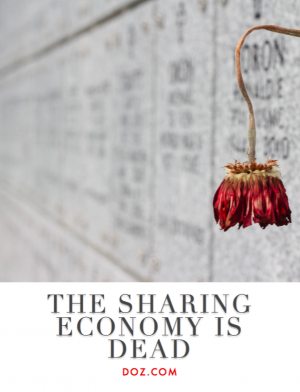 But in recent months it has become clear that the idea of the sharing economy is changing fundamentally. Indeed, while the companies that have defined the sharing economy landscape continue to move from strength to strength, the nature of the economy in which they are growing and the means by which they define themselves have changed.

Fundamentally, what was once a means for individuals to make a little money on the side, for others to benefit from these shared resources, and for the facilitating company to take a small slice is no more. Today the sharing economy has transformed into an economy of marketplaces.

Uber drivers are no longer typified by someone who makes a few dollars driving their car on a Friday night or offering rides to the airport. Airbnb is no longer typified by someone renting out their spare room when a convention comes to town. What really defines these business today is not the people that choose to use them but the nature of the companies as marketplaces.

In other words, Uber and airbnb are not about sharing excess living space or empty seats in a car; they are about enabling economic activity by way of a private, smoothly functioning and mobile technologically enabled marketplace.

Or as we put it: the sharing economy is dead – long live the marketplace.

The Life Cycle of the Sharing Economy 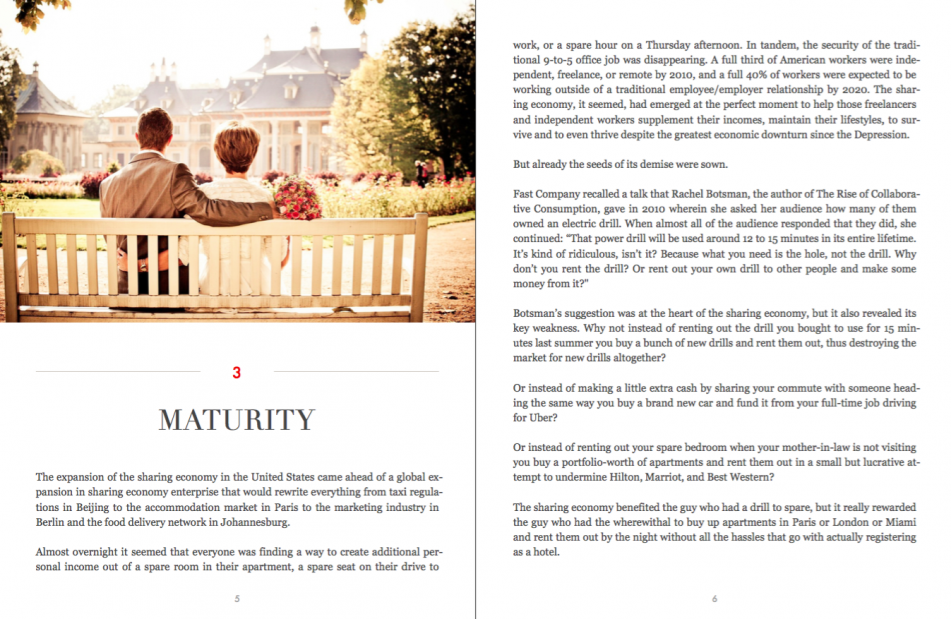 The white paper lays out the life cycle of the sharing economy and traces its evolution from individual-enabling to market-dominating. It is presented in four parts, each of which is packed with data, examples, and explanations.

The first, Birth, explains how the sharing economy emerged in the first place. It did not come out of nowhere, after all, and the confluence of technology, economics, education, and investment all contributed to setting the scene for the rise of the sharing economy.

The second, Maturity, traces the domination of the sharing economy behemoths. From humble beginnings and US west coast popularity to global endeavors and a footprint that extends from San Francisco to Shanghai and Sydney to St Petersburg.

The third, Decline, explains how the sharing economy began to change and, depending on the perspective adopted, evolved or devolved towards something new. The customer base expanded, the regulatory regimes changed, and the individuals benefiting from the sharing economy firms were different. The sharing economy companies once described as startups and disrupters were now part of the establishment.

Get the White Paper

Of course, there’s a lot more in the white paper that can be summarized in the short paragraphs above.

It’s easy, and it won’t cost you anything more than your email address.

Simply enter your email address below and you’ll get instant access to the eBook. You’ll also get a taste of the very best in digital marketing every Monday with our Weekly Digest of curated links.

It’s one email, once a week, and it’s packed with the latest research, analysis, thought leadership, and tips from the world of digital marketing. You can unsubscribe at any time, but we’re betting you’ll love our digest and that you’ll welcome the value we deliver each and every Monday.