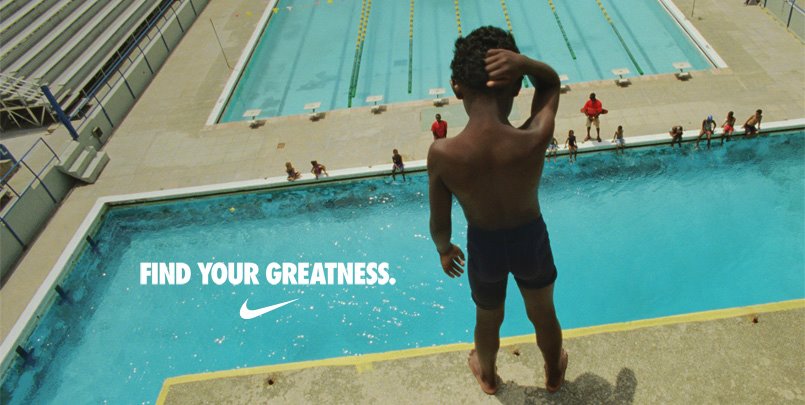 It’s Super Bowl Week here at DOZ and besides spending our time counting down to the big game and placing our bets on who will come out on top, we’re also looking at some of the marketing and media issues surrounding the biggest weekend in American sports.

Yesterday we explained how the Super Bowl and the Frito-Lay participatory marketing campaign ‘Crash the Super Bowl’ has propelled freelancers and small agencies into the big time by giving them a chance to see their commercials run live during the game. The participatory marketing campaign has been successfully deployed by Frito-Lay since 2007 and widely copied in other industries and in other countries since then.

Today we’ll look at two other concepts that are often associated with major sporting events like the Super Bowl, the FIFA World Cup, and the Olympic Games: free rider marketing and ambush marketing.

What is Free Rider Marketing?

Being a ‘free rider’ in marketing is all about taking advantage of an audience without having contributed to the cost of developing that audience.

Inevitably, the first product or service to market in a particular industry bears a large cost for reaching out to the market. For example, the first marketing efforts around wearable computing devices not only had to inform consumers about the product but also had to develop a demand for devices that had never before been released to the mainstream market. By the time second and third generation devices came to market the groundwork had already been done and an audience for their advertisements and for their products already existed.

Thus, instead of having to expend significant time, effort, and funding to build an audience, the second and third generation device marketers needed only to reach out to an already established audience – they ‘rode for free’ on the backs of the work and expenditures of those first generation device makers.

What is Ambush Marketing?

Take our wearable device example again. It’s unlikely that the first-to-market device realistically expects that their product will remain the only device on the market in perpetuity. While they will anticipate exceptional costs associated with building an audience for their category of products, they will also be aware that there can be a significant advantage associated with being the first product of its type to market.

Yet where a wearable device firm has signed an exclusive contract with a major event to be the sole wearable device advertised at that event, they have an expectation that no competing products will encroach on their advertising space. When a competitor finds a way to do so despite the assured exclusivity it is called ‘ambush marketing’.

Free Riding is Unavoidable and an Anticipated Cost of Doing Business

The success of one product or service in a market encourages others to compete for a share of that revenue. The time, energy, and money spent to build and develop a market for a certain product or service is a sunk cost for the early movers who can only hope that being first to the market provides enough of a return for the costs of getting there first.

There is not much that a marketer can do about a free rider taking advantage of the audience they have built and, indeed, its expected that others will flock to audiences that appear likely to buy.

Ambush Marketing is Unanticipated and Maybe Even Illegal

No matter the state or maturity of a market, however, when a contract for exclusivity is signed between an event and a brand then there is a clear expectation that theirs will be the only brand in its sector promoted at the event.

This expectation is usually reinforced by a contract between the brand and the organisers and, for major events such as the FIFA World Cup or the Olympic Games, perhaps even by government legislation designed to protect brands and punish ambush marketers.

Example? Before the 2012 Olympic Games in London the UK government passed two separate pieces of legislation (the Olympic Symbol etc. (Protection) Act 1995, and the London Olympic Games and Paralympic Games Act 2006) that worked to restrict the use of the famous Olympic Rings in any non-official sponsor advertising before or during the Games.

Despite the likely costs associated with deploying an ambush marketing campaign, however, in recent years brands have attempted to gain the attention of the public by striking out and deliberately ambushing their rivals at major events. In some cases this has led to fines and prosecutions, but in an age of internet technology and social sharing, it has also led to some memorable campaigns that may have returned far more publicity for the brand than they could have hoped for with a high-cost official sponsorship.

One of the most memorable ambush marketing efforts in recent years was Nike’s 2012 ‘Find Your Greatness’ campaign.

Despite having athletes the world over use its shoes and athletic equipment during the 2012 Olympic Games, the official athletic equipment sponsor of the Games was Nike’s rival, Adidas. The exclusive sponsorship with Adidas meant Nike could not use Olympic symbols or even the word ‘London’ in a manner that was associated with the Games in any advertisements. The Nike marketing team, therefore, sought a way to get around the restrictions and ambush the 2012 Olympic Games with a campaign focused on other Londons.

Another memorable ambush occurred at the 2014 FIFA World Cup where, by one report, Apple acquisition Beats by Dr Dre outscored official sponsor and competitor Sony with it’s ‘Game Before the Game’ campaign.

Beats was not allowed to use the name of the host country (Brazil) nor of any of the host cities in their campaign. However, they were able to overcome these simple restrictions by including iconic establishing shots of Rio di Janeiro in their commercial. They were restricted from using footage of players in their official national uniforms or of the official stadiums but, by focusing on fans and using generic colors and stadium imagery, Beats was able to give the impression that they were an official sponsor of the World Cup.

When it comes to the Super Bowl, the standout ambush campaigns in recent years have come from British beer Newcastle Brown Ale.

Newcastle are a small beer company, at least in comparison to the American brewers like Budweiser who use the Superbowl as a centrepiece of a year long campaign to win consumers in the US. They openly admit to being unable to afford the high price of a Superbowl commercial spot and instead make a joke out of their lack of funds. In doing so, they created one of the great Superbowl campaigns of 2013…without ever actually producing an advertisement.

AdWeek called the Newcastle Brown Ale campaign the Best Ad of 2014 and the ambush ad paid off with sales increasing and the subversive campaign winning consumers over from bigger, official Super Bowl sponsors.

After their success in 2014 Newcastle Brown Ale has again gone down an ambush marketing route, this time attempting to leverage the power of Frito-Lay’s Doritos campaign to their own ends.

As AdWeek describes it, “the brewer, which still doesn’t have $4 million lying around, pretends to crash a certain “Crash the Super Bowl” contest by a certain unnamed snack maker (OK, Doritos), so that it can get on the Super Bowl for free.”

Whether it will enjoy the same success as last year is yet to be seen but early reads are good and Newcastle may well have hit the advertising sweet sport once again.

To Ambush or Not to Ambush?

Ambush marketing – as long as it avoids the IP traps and legal penalties that come with challenging official event sponsors – is a legitimate marketing tactic, especially for campaigns that take advantage of digital and online advertising to market directly to consumers.

The decision to engage in an ambush campaign, though, is not one that should be rushed as the potential problems and constraints that marketers must work within can sometimes prove overwhelming and overly limiting, and for every grand success there are others that fall by the wayside without ever reaching even a fraction of the event audience.