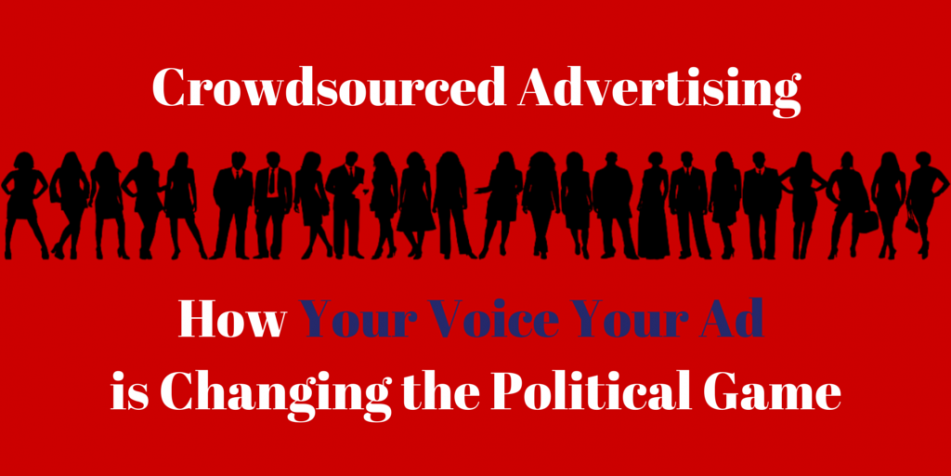 Politicians want your vote and, to get it, they’re increasingly looking to be one thing above all else: authentic.

According to Pace University Associate Professor Christopher Malone, authenticity is increasingly what voters are looking and listening for when politicians and their parties come looking for support.

“The need for authenticity comes from the voters, because we want to know that they know what we go through, that they tweet like us, and email like us” Malone told WNYC. Even presidential candidates “go out of their way to appear genuine, like a good friend we trust.”

But it’s hard to be authentic when you’re a multimillionaire running for reelection, and convincing the typical voter that you feel their pain from the Governor’s mansion or a high-rise apartment on New York City’s West Side is almost impossible.

Which is exactly why a company like Table Talk and their crowdsourced advertising venture Your Voice Your Ad is gaining a foothold in US politics.

Your Voice Your Ad

Your Voice Your Ad (YVYA) was launched by two friends, Scott and Jeff, in October 2014 with the goal of creating radio advertisements that really spoke to the concerns, hopes, and dreams of regular people. Unlike a politician who might hope to seem authentic, the ads that YVYA produced would be guaranteed authentic because – as the name suggests – they would be written, spoken, and produced by regular folks.

Submitting an audio or video advertisement to the site is easy. As the YVYA website explains, it’s really as simple as 1-2-3:

Visitors to the site rate, share, and upload their own commercials, and the best are highlighted regularly on Bill Bennett‘s nationally syndicated talk radio show, one of the top 25 highest rated talk shows in the US.

As an example of the sort of advertisement that YVYA has so far produced, here’s Rachel from Georgia:

Or try Tom, also from Georgia:

Or there’s Mary from Texas:

In each case the YVYA intro reminds the listener that this is a real voice of a real person, and this makes the message delivered on top of a simple music background all the more authentic.

Are crowdsourced ads the future of political advertising?

YVYA has a great model and is already gaining traction on the right of the American political spectrum. A similar effort aimed at depicting the same sort of authenticity for the left would likely work well, too. Turning to the crowd, voting for ads, and then producing the very best for mass consumption is a great business model for a media company and for politicians seeking to keep their advertising ‘real’ in a campaign that is usually stage managed to the extreme.

Expect to see many more crowdsourced ads and authentic voices in the 2016 elections in the US and, as America continues to set the standard for innovative approaches to political campaigning, expect to see this model rolled out to other countries in the years ahead, too.

Do you have a favorite YVYA advertisement? Let us know about it on Twitter!