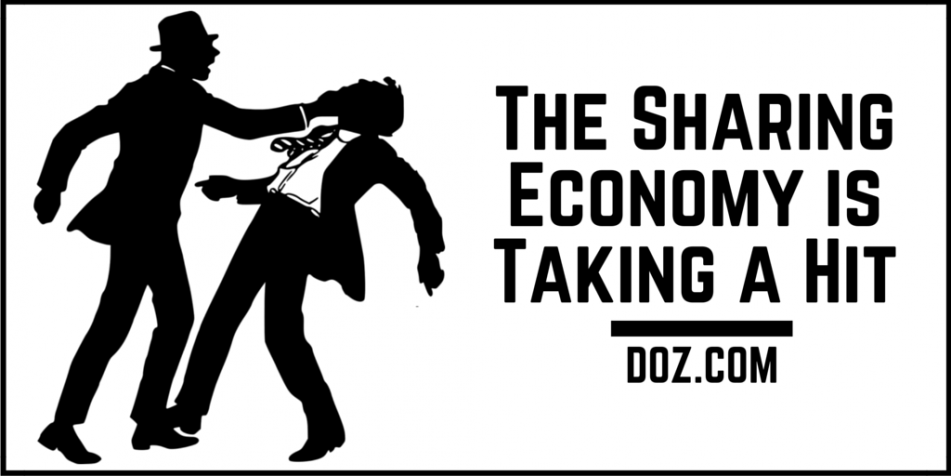 The Sharing Economy is Taking a Hit 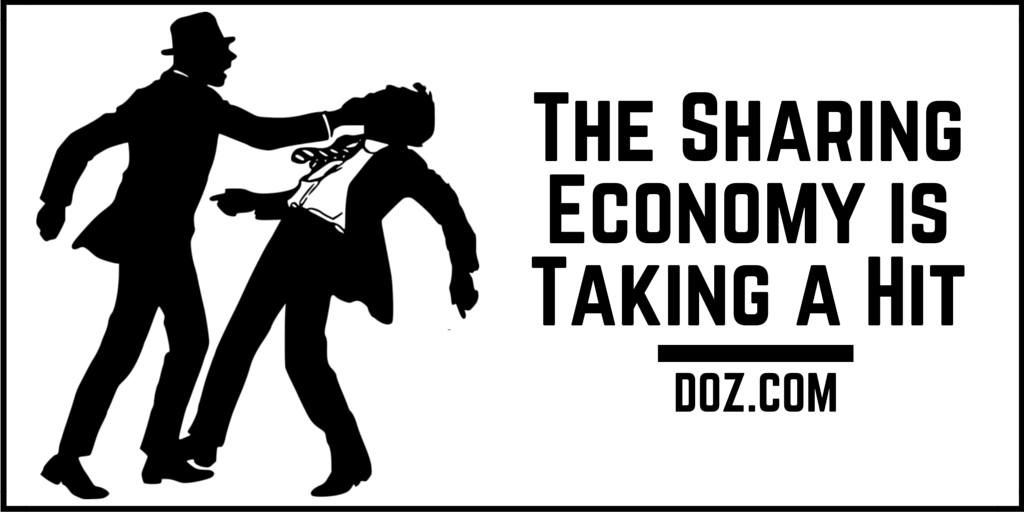 Some of the biggest success stories in technology in recent years have been part of the sharing economy. Among the highest profile of these firms are the two unicorns, Uber and airbnb. Both have revitalized industries that had long stagnated under over-regulation and incredibly high barriers to entry.

The stories are familiar.

For Uber it meant taking on the world’s taxi industries. Instead of starting a competing car service, investing in the hundreds or even thousands of vehicles required to serve a single large city and hiring the drivers to pilot them, Uber instead developed an app that allowed regular people to sell the spare capacity in their private vehicles instead. Though originally a sharing service alone, it quickly grew in popularity to the point where individuals bought cars and made Uber their full-time job, if still working for themselves.

For airbnb the idea was similarly simple: allow people to earn some extra money by renting out not their car, but their spare living space. The extra bedroom could be rented in the style of a hotel room and generate income for an individual or family from visiting tourists of business travelers. Airbnb’s app facilitated the exchange and it quickly became popular not only to rent out a spare bedroom or couch, but an entire apartment or home – even on a full time basis. Buying an apartment simply to rent it by the night on airbnb was not exceptional and, in some cities, airbnb enabled savvy real estate investors to create their own careers as mini-hoteliers.

But not everyone was happy.

Whether it was protests in Paris or stings in Sydney, both Uber and airbnb have faced significant opposition from the vested interests in the industries that they have challenged directly.

Taxi drivers specifically and the metered car industry more generally hit back at Uber and what they saw as undermining of their stable industry advantages. In fairness, the Uber model did undermine the existing structure but consumers ‘voted with the wallets’, so to speak, and Uber gained footholds in hundreds of cities across the world. Yet for drivers and others in the taxi industry Uber represented a threat to the livelihoods that had been stable for decades before.

So, too, did the hotel industry hit back at airbnb. The rules and regulations that made running a hotel or accommodation business expensive and offered significant protections in terms of barriers to entry for new players didn’t exist for airbnb hosts. A spare room, a vacation rental, or a single apartment in a big city are far easier to manage than dozens or hundreds of hotel rooms. What’s more, with revenues being shared between airbnb and the hosts, cities lost on valuable tourist taxes which, generally, remained unpaid.

In light of the challenge that the sharing economy represented for the taxi and hotel industries, the pushback from existing forces was not surprising.

And in recent weeks that pushback has found allies in another sector, too: government.

Governments Pushing Back Against the Sharing Economy

A scan of the press in recent weeks suggests a new and coordinated effort on the part of local and national governments around the world to push back against the sharing economy, against Uber and airbnb, and support the status quo stakeholders.

The state legislature delivered a body blow to Airbnb Friday, passing a bill that imposes hefty fines that start at $1,000 for apartment rentals of less than 30 days — which are illegal and which are a big part of the apartment-sharing site’s business.

Austin, Texas has become a ridesharing wasteland. One month ago, Uber and Lyft left the city, abandoning their 10,000 drivers—and leaving the city’s residents in a state of transportation chaos.

“Nobody really thought this was actually going to happen,” said driver Sarah Cooper, who spoke to Vocativ on a stormy afternoon in Texas. “There’s too much to lose in Austin, everybody said.” Cooper had been providing about 150 rides a week between Lyft and Uber before they left.

More broadly, a coalition of hundreds of city mayors have joined forces to crack down on the sharing economy. In their sights? High profile targets like Uber and airbnb:

Mayors from New York to Paris to Seoul think they’ve found the trick to coping with so-called “sharing economy” apps — working together. Ten markets are jointly preparing a unified rule book in a bid to leverage their combined size to promote clearer ground rules.

These companies have been used to dealing with regulators, but they’ve done so mostly on a city-by-city basis. That’s about to change: Representatives for cities that also includes Athens, Barcelona and Toronto, have started their first concerted effort to produce a common framework. While there’s no white paper or policy drawn up yet, multiple city representatives met for the first time last month in Amsterdam to discuss. Paris is calling for a first publication by October.

“Having the 20 or 30 biggest urban markets of the world all operating under entirely different rules doesn’t do much good for anyone,” said Wiley Norvell, spokesman for New York Mayor Bill de Blasio’s deputy for housing and economic development. “We want consumers and tourists to have some consistency, city to city,” he said, to “leverage the size of markets, which together are enormous, so that the voice of cities will actually make an impact.”

It’s bad news for the sharing economy and for the preferences in the freer markets that consumers overwhelmingly prefer. Governments, it seems, have decided to go with the devils they know rather than the new kids on the economic block.

The sharing economy behemoths expected opposition from the entrenched industry figures that wanted to maintain the status quo. Indeed, it was usually a part of the marketing campaign as Uber pointed to over regulation and poor service, and airbnb to high prices and lack of traditional rooms, in their advertising campaigns. Yet the entry of governments into the fight on the side of the vested interests and in a globally coordinated manner presents a new roadblock for Uber, airbnb, and the sharing economy as a whole.