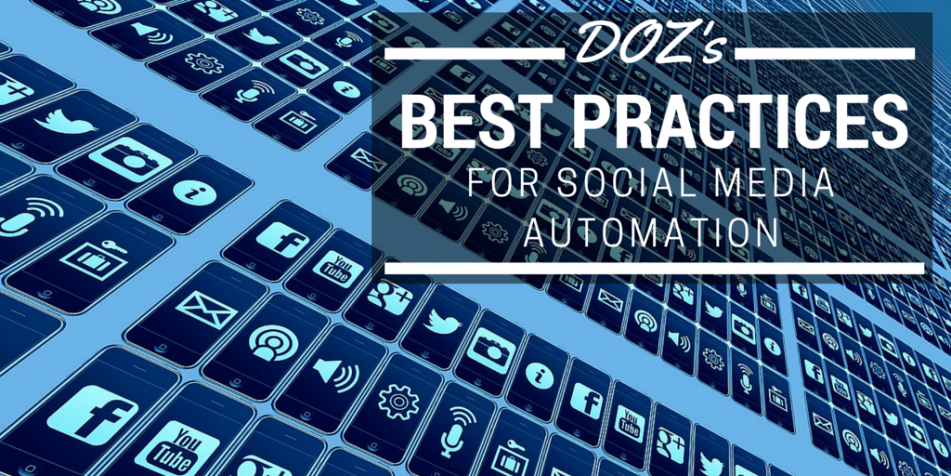 After weighing the potential costs and benefits of using automation in social media marketing, companies are availed of several safeguards and practices that can be set in place to avoid common mistakes, while extracting the rewards afforded by the process.

As an initial consideration, it is recommended that companies develop a streamlined and detailed automation plan tailored to their marketing needs and objectives – one that speaks to their individual audiences and that is relevant for specific platforms – because ultimately, what may work for one company, may not work for another.

With that being said, by adhering to some generally accepted guidelines, companies can yield maximum benefits from their automation strategies:

When utilized correctly, automation can help companies optimize customer interaction to boost their reputations. However, constant care, monitoring, and awareness are requisites, and automation should only be used to complement and not supplement outlined marketing procedures. If companies relegate all interactions to automation in a never-ending loop, sharing only proprietary content or brand messaging, the consumer is quickly disengaged.

The elimination of human involvement can dilute the wealth of information that can be gathered about audiences on social channels. In this instance, it’s advisable to turn on notifications so there is an awareness of opportunities on platforms like Twitter and Facebook to directly engage with audiences. It pays to periodically carve out time to personalize messages and immerse yourself in the social conversation; this can easily be done by scheduling a block of time each day to delve into social media profiles.

This recommendation is closely related to ensuring engagement. If automation is not effectively monitored, augmented, or updated as needed, the likelihood of sharing inappropriate content is increased. Thus, companies must be prepared to halt automation when major incidents occur. A number of available tools permit the customization of scheduling and allow for a complete halt of posting should the need arise.

As previously mentioned, one of the many advantages of automation is the ability to schedule postings months in advance; however, it is cautioned that by scheduling a post for dissemination too far in the future, companies run the risk of posting messages that lack relevancy, or worse yet, are inappropriate for the posting period.

The following should be considered when devising an optimal posting schedule: What time zone is the majority of followers located in? When do posts most often get clicked and shared? When are you available for responses to posted content? As a recommendation, posts should be scheduled for delivery a week in advance, but opportunities for spontaneous updates are encouraged. In recognition of the effectiveness of seeking key opportunities for spontaneity, the Oreo Cookie brand, lauded for their skillful and witty use of social media, struck advertising gold when a playful Tweet, mocking the electricity outage during the 2013 Super Bowl, became a viral hit. The brand was able to stay on the pulse of this unexpected incident due to a dedicated social media team assigned to respond to the event’s happenings.

While it is acknowledged that not every company has access to such resources, the takeaway here is that periodic involvement in social interactions can pay big dividends. Case in point: Oreo’s tweet was retweeted more than 16,000 times, and became one of the more memorable ad moments of the game.

Knowing what and what not to automate is crucial, and marketers must become experts in curation. Many have adopted the “5-3-2 rule” of social media sharing, which advocates that for every 10 pieces of content shared, five should be relevant content from other sources, three should be relevant original or proprietary content, and two should be personal or funny in an attempt to humanize the brand. In terms of sharing content from outside sources, this method drives the potential for relationship-building between brands and by choosing content from leading industry experts, the validity of automated posts is strengthened.

Finally, it is increasingly important to cater messages for each social network by taking into account tone, audience, the platform’s nuances and proven tactics that generate engagement. For example, with Twitter’s 140 character limit, Facebook’s 63,206 character limit, and LinkedIn’s 700 character limit, using social media automation to schedule the same message to all networks may alter the message being delivered.

At the root of a successful social media automation strategy is the selection of the right automation tool. Several tools exist to help companies organize, manage and streamline their automated social activities; some of the more popular choices include Buffer, HootSuite, Zapier and IFTT, all replete with distinct capabilities. Ultimately, the automation tool becomes an extension of social media marketing dynamics, serving as a two-way communication channel between established connections, while generating feedback from these interactions. Hence, the appropriate selection is a function of defined marketing needs and goals.

It is widely acknowledged that social media marketing automation can hold monumental value in driving consumer engagement, while simultaneously serving as a customer service channel and a major influence in guiding purchasing decisions. With a number of noted benefits, the effectiveness of this process hinges on the acknowledgement of and ensuing responses to significant limitations.