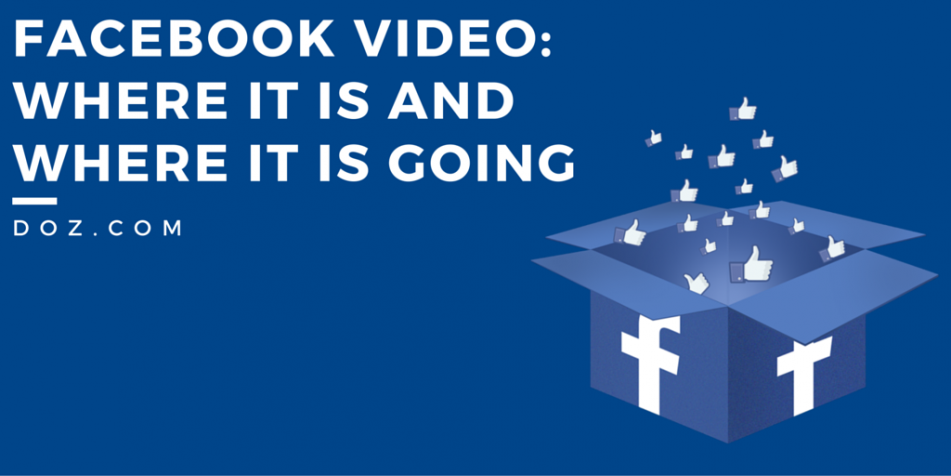 There was a time that Facebook was mostly about sharing status updates and uploading images from your vacation. The audience was mostly young, the reach was large but Facebook was still ‘just another site’, and if you wanted news or entertainment then you went to a site that specialized in such things.

Those days are long gone.

Today Facebook is an ecosystem all of its own and is not only the first stop for many people seeking news and entertainment, it might even be the only stop for some people who realize they can get tailored information feeds customized just for them on the big blue giant.

Indeed, according to a report in The Atlantic, in 2015 about 1 in every 5 minutes spent on a smartphone was spent on Facebook. The same report explained further:

To say Facebook is huge is an understatement. Even to call it “the Coca-Cola of social media,” as Austin Carr did in this excellent Fast Company piece, now seems muted. “The great social network of the early 21st century is laying the groundwork,” he wrote, “for a platform that could make Facebook a part of just about every social interaction that takes place around the world.”

Facebook wants to be the portal by which people go online. And, increasingly, it is.

One of the things driving this dominance in recent years has been video content. First, with Facebook native videos, the company presented itself as an alternative to embedded videos from Google-owned property YouTube. Now, with Facebook Live video streaming, the company has taken significant market share from upstart Meerkat and Twitter-owned market leader Periscope.

Users now don’t have to leave Facebook on their phone or PC to experience live streaming video or to view any of the videos they might have left to check out on YouTube. Increasing bandwidth coupled with decreasing data charges and improved technology on delivery mean that video is increasingly important to Facebook’s expanding appeal.

To answer the first of these questions we can turn to an infographic from Bold Content Video.

Bold Content Video has pulled together an excellent summary of the most important statistics relating to Facebook Video in 2016.

Among the takeaways from their research:

Lot’s to chew on there – but it does leave us wondering what the answer to that second question is: what comes next for Facebook video?

Video is clearly exploding on Facebook – will it stay that way?

Video will continue to be the most effective and engaging way of reaching out to others on Facebook. Whether sharing with customers and clients on a branded Facebook page or simply connecting with friends and family, video will increasingly be the preferred way for anyone to reach anyone else on the platform. Why, after all, would you share a text status update when you could post a video or, even better a Facebook Live stream?

Talking of Facebook Live, this is truly the game changer for Facebook in terms of establishing video sharing on its platform. Already it is stealing market share from Twitter by employing a strategy that is smarter, and they are seeking to dominate the space and “own” live, streaming personal video soon. The current market leader, Periscope, seems worried by the challenge that Facebook presents and Jack Dorsey, CEO of parent company Twitter, recently commented on Facebook’s ambitions:

All that may be true, but Facebook’s sheer size gives it a huge advantage that’s hard to understate.

Indeed it does have such an advantage, and it’s precisely why Facebook’s investment in the Facebook Live video streaming option is so important. When marshaling more than a billion active users to a new way of sharing, Facebook has an advantage that stagnating Twitter can no longer hope to grow and match.

As they say in the broadcasting world, stay tuned for details…

Video is increasingly important to Facebook and is increasingly the content of choice for consumers and producers on the social network. Bold Content Video has laid out the state of video on the Facebook platform and we’ve suggested that Facebook Live – the platforms streaming video functionality – is only going to become more important to users and to the channel. While there is significant competition in the live video streaming space from Twitter and Periscope, there’s a better than even chance that Facebook’s enormous reach and user base worldwide will help it come out on top.