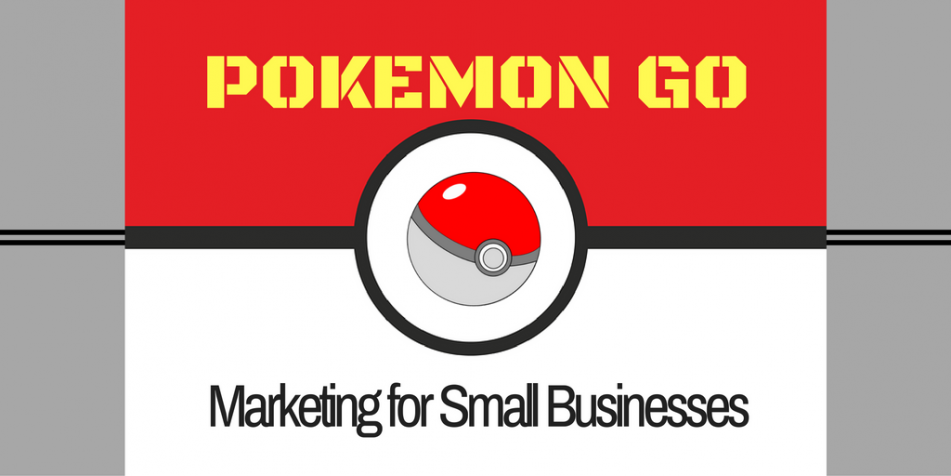 This article was co-written by Dylan Kissane. He is a thought leadership manager at The CoSMo Company. Feel free to follow him on Twitter, LinkedIn, Google+, and to check out his blog.

Although Nintendo’s shares are experiencing a first fall since Pokémon Go’s release on the 6th of July, the app has managed to bring them up by 120% in less than two weeks. We can undoubtedly say that Pokémon has conquered the world a second time with this innovative mobile game. With over 10 million downloads within the first few days, Niantic managed to make the game’s downloads rise over Tinder, and many others like Facebook, or Snapchat.

Indeed, data and results appeared shortly after the first launch. However, the real questions remain: what real impact did Pokémon Go have on local businesses? What can it teach marketing? How can such success be profitable for any business, and how can advantage be taken of this invasive traffic? Let’s talk about it.

Pokémon Go is defined as a ‘free-to-play, location-based augmented reality game developed and published by Niantic for iOS and Android devices’. The mobile game actually takes advantage of the player’s GPS and camera to help one seek the closest Pokémon or the nearest Gym around, and battle it or capture it.

Although its release last month demonstrated a global overnight success, it has been wildly forgotten that the price for it was an April fool joke in 2014, followed by two years of a 20 year-work exploitation and crowdsourcing.

Payoffs in the Real World

Whilst all most of other mobile game devices only require an online connection (Wifi, Internet cable…), Pokémon Go encourages its players to leave their homes, offices, or any settled place in order to meet the monsters in public locations. Therefore, a significant increase in traffic has been observed in public places, which lead, eventually, to an increase in sales, especially for local businesses.

The app’s Game Stops – the key location for any player to find a Pokémon – are overlapping locally or globally known places. As a result, many shops, and restaurants actually benefit from this traffic. As an example, a N.Y. Pizzeria has recalled a 75% increase in sales thanks to Pokémon Go, and they are not the only ones.

For all we know, Niantic is doing it right. The thoughtful choice of Pokémon for a completely new way of playing is outstanding. Since the creation and launch of these little creatures in 1996, their fame has never gone down – indeed, everybody knows Pikachu! Furthermore, Niantic’s experience in worldwide localization (Google Earth and Google Maps) was the second key to success. The winning equation: a strong and large fan-base coupled with the data and the experience of a worldwide company.

Not only did Niantic manage to trigger revenue from their product, but also rose local marketing and sales. Players are no longer alone in their games; the whole world follows them, in order to help them in their pokéquest.

Thanks to Pokémon Go some useful mobile devices have seen a strong increase in sales. External batteries, and phone chargers especially. Indeed, as an online game, Pokémon Go drains users’ phone battery. Pokémon Trainers are preventive: they buy chargers and batteries. Such consequence only emphasizes the game’s popularity, and lets us think it’ll never stop.

Official Partnerships – Can Cost a Lot

Although Pikachu and the whole Pokémon world were born in Japan, the archipelago only saw the game released almost 20 days after its first launch in the US. Two main reasons caused this delay:

Indeed, if the first one seems logical (the smash game being too popular), the second one may seem less straightforward.

As mentioned before, many restaurants and public places have benefited from the Pokémon Go wave across the world. The fast food’s industry leader McDonald’s negotiated about 400 of its restaurants to be a Gym, and the remaining (over 2,500 outlets) to be pokéstops.

This partnership is only effective in Japan for the moment as an experiment. Indeed, if it manages to drag sales up drastically, and to benefit the company, and, to a larger extent, the overall economy, new partnerships can and will be considered throughout the world.

However, in some darker times, McDonald’s can also be a great failure, and put at stake the shareholder’s revenue (especially Nintendo’s which doesn’t own much of the Niantic business). Also, acquiring a such huge influence on a market can cost a lot. On the other hand, sponsoring local pokéstops only may be accessible to some small businesses.

Furthermore, security must be carefully thought about. From a physical or technological perspective, players must be watched upon – another cost Niantic, Nintendo, or The Pokémon Company may not be able to benefit from as much as they would want to.

Pokémon Go is actually more of a social media success, than a video game one. Unlike the previous Pokémon launches, taking advantage of the Pokémania can be easy and strongly beneficial for your business. Check it out.

As the app is still new, partnerships and sponsorships are not available yet; however, you can still make your own promotion on social media, thanks to the app.

Indeed, as Kelsey Jones from the Search Engine Journal suggests to make your customers check up near your business on social media can drag attention to it – especially when these customers are influencers.

Also, don’t be afraid to support the Pokémon Trainers by offering them a pause in their long walking trips across the city (to grab a coffee, a shirt, or simply a water bottle…).

1. Game On for Pokemon Go Marketing

Another interesting aspect of Pokémon Go will be its future partnerships.

Indeed, many online companies (especially start-ups) will start taking advantage of it in their B2C services. For instance, as Lenox Powell from Acceleration Partners overlooked it, a company like Uber could propose a service to directly guide you to the wanted Pokéstop.

Pokémon services can be given to your customers. Trust me, they’ll love you back.

Another trick restaurants found in order to drag customers is luring them with Pokémon Go.

Indeed, many L.A. restaurants have set a ‘Pokémon Go Happy Hour’ where usual discounts on food and beverages are made as well as a lure installation on the nearest pokéstop. Lures, in the game, are virtual products put on pokéstops that allow a Pokémon rush during 30 minutes.

And now, where Pokémon rush is, Customer rush follows.

Rush may be good, but what is best is when customers stay, and consume.

Whether it is a coffee, a snack, or a beer, restaurants love to keep them in. To do so, the coffee shop Huge explains their advertisement experiments. Going from the previously mentioned ‘luring technique’ to the adding of 25 phone charging stations, the company helps bigger fish such as Google or Nike to evaluate and analyze customer behavior.

The more you know about customers, the closer you are to their satisfaction.

According to your field, try to see if any advantage can be taken from Pokémon Go’s traffic. If you are a B2C company, you should find something pretty easily – as you are closest to players, customers.

However, if such opportunity can appear more challenging for B2B companies; it is not impossible. As your services are focused on companies, propose them a way to develop their marketing thanks to social media… and Pokémon Go.

The promising evolution and legend of Pokémon Go is working. The $9 billion revenue Nintendo made and the expansion of smaller businesses seems to announce some unstoppable times.