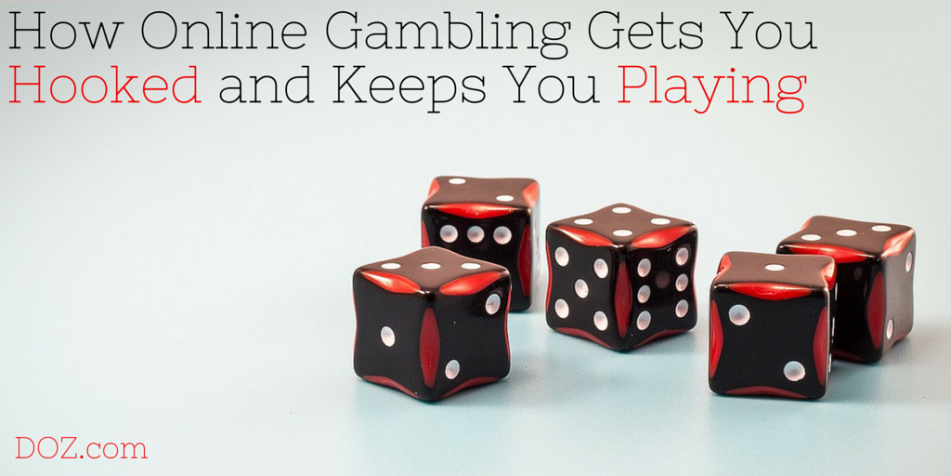 How Online Gambling Gets You Hooked and Keeps You Playing

If you live in Europe or are a passionate football fan you are probably enjoying the UEFA Euro 2016 Championship that’s been the talk of the continent since the beginning of June. You’ve been following the group stage, are getting excited about the finals, and are still shaking your head (or is it laughing out loud?) at England’s departure at the hands of Iceland.

As a true fan your only concern today is not the Brexit, the US election, or whatever is happening in Brussels, Bombay, or Brisbane. You are more likely wondering who will win the upcoming Poland vs. Portugal match as, frankly, you never thought either of each team would make it this far. Faced with the choice between the team from Warsaw or the team with sad, sad Christiano Ronaldo, where do you place your bet?

And that’s the keyword: bet.

Because being a sports fan means trying your luck on one of the teams to win the match, score the first goal, or go all the way and win the championship in Paris. What’s more, as a modern and technologically competent individual, you’ll likely make that bet online.

The internet has allowed for a new industry to emerge, or at least allowed one of the oldest industries in the world to reboot. Online gambling is a multi-billion-dollar business today, and the Euro 2016 tournament is one of the biggest events of the year for companies that make their money facilitating online gambling. That’s why if you want to it win it big, you must bet on trusted sites only such as slot online.

But while there’s a market there, there’s also a problem for companies seeking to compete. Setting aside the problems of market entry and the regulatory barriers to overcome, these companies are all going to offer exactly the same product and can expect exactly the same return. Online gambling businesses offer what is called an undifferentiated product – there is no significant or consistent difference between any gambling site in terms of the product they offer – and so the only way to make more money is to win more customers.

How they do this is instructive, and the ways in which online gambling companies have sought to win more customers despite having a product that is essentially the same as every other competing product can help you compete in your own sector.

Here are the three ways that online gambling businesses try and win more of the customers they need to survive.

Like a player ditching their opponent and making a long run all alone on the wing before beating two defenders and bamboozling a goalkeeper, winning is easier when you’re the best at what you do. That’s the truth on the football pitch and on the internet, too.

Here’s how the online betting sites demonstrate that time after time.

NetBet, for example, offers a €200 bonus for players which is touted truthfully as the best in the market. Placing an emphasis on their big initial bonus payout – all of which can be tipped back into NetBet wagers – helps the company differentiate themselves and stake a claim as the best in a crowded field.

Or take Parions sport. They don’t match NetBet’s €200 up front bonus but they do pay a 100€ bonus straight up and then €200 a little later. A better deal overall? Sure – though it means staying with the company a little longer which is, of course, the point.

If you’re facing an equally undifferentiated market you can apply similar strategies to lock customers in and stake a claim to being the best. New customer? Give them a loyalty card, or an on-the-spot discount. When you can’t beat competitors on price, try offering gifts, or useful tools. People like presents, and feel pleased when receiving one no matter how small.

You’ve scored a goal, but your opponent didn’t wait to launch their counterattack and scored two more. Don’t worry: trust yourself. If you are still in the game, it’s because you deserve to be. Be confident, and demonstrate that confidence to the fans in the stands – and your customers, too.

For French gambling giant PMU there is almost a ‘betting=PMU’ association in the minds of the consumer. This gives PMU a certain swagger and its clear from their no bonus, no loyalty card, and no need to play catch up when you’re the market leader style they have confidence to spare.

Or take the company that made confidence a selling point. Winamax famously produced a series of commercials including one classic where, armed with nothing more than a plastic sword, a confident man willing to take on heavily armed opponents dispatched them. It’s not the cards, you see, it’s how you play them. That sort of confident selling of confidence sells.

You’ve heard of faking it until you make it? Or that most of success is having the confidence to turn up? It’s this sort of thinking that helps keep gambling companies at the top of the game online and that you, too, can use to drive business your way in your own industry.

You’re at draw. 2-2. Good. As you were not aware of these tips before the game you still have quite a disadvantage, but we’re going to fix this. It’s time to get creative and force the solution you need to win.

Getting customers hooked on your product and bringing them back for more means having something catchy to sucker them in. Online betting company ZEBet made it happen with the ZEPoints. They make fun of the French people’s accent when speaking in English (“ze” sounds like “the”), yet they are advertising for them. It is also an ironic way to discredit the Americanization – a global movement the French fear!

When running a business you want to create links with your audience, because you want them to feel part of your product. Nodding to your targets’ values, or general opinions will help you strike through that – indeed: your focus remains the goal.

Or be like the Joa Group, a long-time bricks-and-mortar company founded in 1957 that made the jump to the internet with a creative commercial marketing campaign. Like Joa, you might be taking your first steps into a new domain and fighting against competitors who were there long before you. This means it is time to get creative and demonstrate that, like Joa, you can hook a customer and get them spending even when you’re competing with people who are more advanced in the market and who you cannot beat on price.

Just as important as the 4-4-2 attack at this Euro 2016 are the three keys for staying on top in an ultra-competitive business: make it to the top and stay there, be confident, and be creative.

Online gambling companies and their undifferentiated product turn to customer attraction strategies to develop their revenues and ensure that they are ongoing concerns of real value. In doing so, they guarantee that no matter who wins on the pitch, the business is winning online.