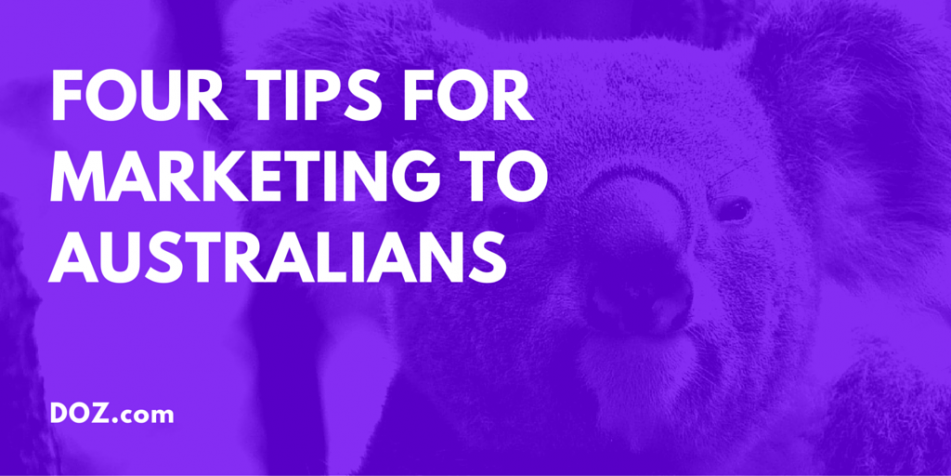 Four Tips for Marketing to Australians 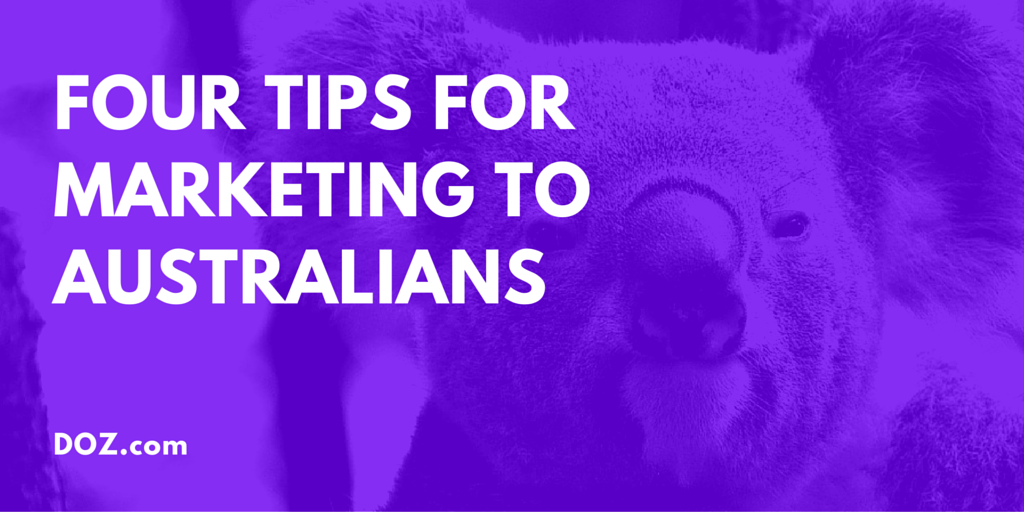 Sure, they speak English, enjoy high internet penetration, and have disposable income to splash around – but does this mean that marketing to Australian users online is a simple matter of copying-and-pasting your US copy into an Australian ad buy?

In fact, the Australian market has some small but important differences when compared to the US market, and ignorance of those differences can leave brands scratching their heads when their formerly-successful American campaigns fall flat Down Under.

If you want to reach out to Australian users here are some ways you can optimize your marketing efforts to reach, convince, and convert customers in the Great Southern Land.

Do you customize your campaign for local audiences? Do you analyze your campaigns for their reach and effectiveness? Is every color in your display advertising checked and rechecked before it is selected? And when you push your marketing front-and-center, is it the star of its sector?

Here’s hoping that you could answer ‘yes’ to all of those questions. But let’s also hope that you caught the words that would signal to every Australian that you are speaking American English, and not Australian English.

In Australia, the spelling of some words owe more to British traditions than the present-day influence of North America. Hence, Australians don’t customize and analyze, they customise and analyse. They don’t talk about colors but instead talk about colours, and they only ever push things front and centre, never front and center.

While Australian consumers and business people are savvy enough to understand what you meant when you exercised your judgment in this way (an Australian would use their judgement, of course) it’s better to communicate with the locals in their own language rather than impose your own.

Get with the Lingo

“So here’s my idea: three guys holding beers and wearing thongs and joking about…“

Men in thongs? What exactly is your Australian marketing team pitching you?

Well what they certainly aren’t pitching you is men standing around wearing barely-there underwear. Whatever ‘thong’ means in the United States, in Australia it’s a type of footwear usually known as flip-flops on the other side of the Pacific Ocean.

There are a number of common words that differentiate Australian English from its American counterpart, and picking up on these differences is essential if communicating effectively with an Australian audience is in your future. For example:

DOZ Tip: Invest a few dollars in a local phrase book. You might feel a little strange buying a phrase book for an English speaking country, but it might just prove a wise investment if it means avoiding misunderstanding that costs you much more in the long term.

Australians enjoy a joke and a laugh as much as Americans do, and it’s true that much of the humor that works in the United States also translates directly to the Australian audience. Australian TV is awash in American comedies and US movies with US punchlines do big business in the land Down Under, too. American comedians attract big audiences when they travel to Australia, and Tina Fey, Jerry Seinfeld, Chris Rock, Louis CK, and the entire late night TV crowd are household names.

But not everything about the Australian sense of humor aligns with its American cousin. Indeed, there are some things that Australians find hilarious that would raise only a confused smile stateside. Take the following phrase: Tell him he’s dreamin’.

Get the joke? No? It’s not surprising. Unless you are a fan of Australian independent films you may never have come across the movie The Castle before. But millions of Australians have, and can quote scenes of the movie at length as they continue to resonate with locals nearly 20 years after it was released.

Australian humor is described as dry, irreverent and ironic, and is often sarcastic as it draws on a long tradition of British comedy that has undoubtedly influenced local tastes. Slapstick pratfalls and punchlines have their place, but look for Australian humor to be more ironic than American humor, and be prepared for your straight-faced colleagues to be having a laugh at your expense, in the friendliest of ways, of course.

DOZ Tip: If you are working humor into your campaigns in Australia then get a local onside early in the development of your marketing efforts. They’ll be able to explain why your joke will work, why it will fall flat, or why you’ll be howled down on social media if you ignore their advice. Australians love having a laugh, but make sure that you aren’t the butt of the joke.

Writing, speaking, laughing like a local – all are important in getting your marketing and communications right in Australia. And what’s the best way to guarantee that your message works for the Australian market? Work with a local.

Australia might be a small country but it has a thriving marketing and communications sector with some of the most recognized and creative marketing firms on Earth. Australian advertisements regularly win awards at the prestigious Cannes Lions, and Australian talent can be found on 5th Avenue, at Canary Wharf, and in firms from Paris to Berlin, and on the US west coast, too.

If you work with an Australian you’ll have the advantage of local knowledge and an opportunity to avoid all of the problems and potential missteps outline in this post. The copy will be perfect Australian English the first time, every time, and the jokes will work with the Australian sense of humor.

Finding that local can be a challenge, but with the rise of freelance marketing and labor supply companies, as well as the traditional agencies that have franchise offices in major Australian cities, there’s no reason why finding a local marketer should be an insurmountable challenge.

DOZ Tip: Why not try out DOZ’s marketing management platform? Expert marketers in more than twenty countries – including Australia – are available on demand to complete everything from basic marketing tasks through to entire marketing campaigns. Try it for free today!

Australians are different, but they are not that different. If you can get the basics of the communication down, adapt successful North American campaigns to local tastes, temper the humor to fit in with the way Aussies like to laugh, and work with a local on the ground in Oz, you’ll have a far better chance of breaking through to the audience you are trying to find.

What’s your favorite Australian advertising or marketing campaign? Let us know on Twitter!