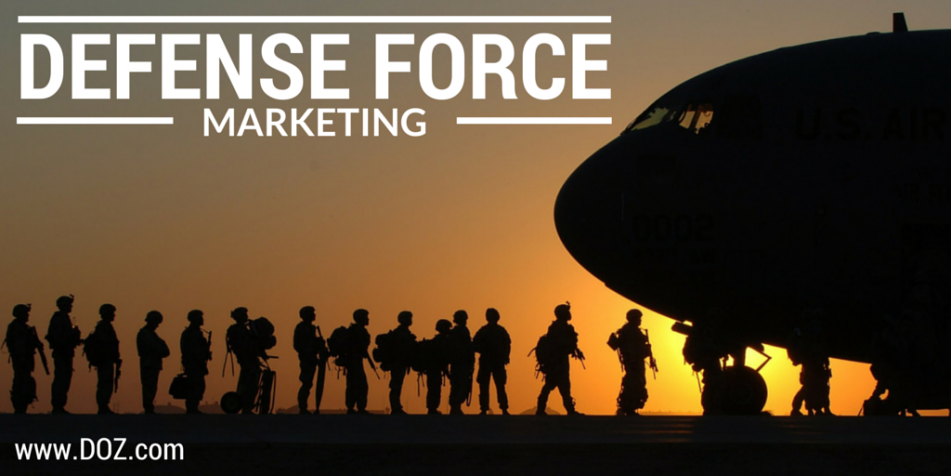 In 2010 one of the largest employers in the United States announced they were looking for a new advertising and marketing agency.

According to AdWeek the client was looking for an agency that could handle “traditional advertising, digital and direct marketing, media planning and buying, public relations, promotions, and event and multi-cultural marketing”. That’s a heavy load and the contract would likely be worth between $15 and $20 million annually, with a media buy of around $150 million dollars each year. The client was seeking to grow further but facing problems meeting their internal targets because of an improving US economy.

A $20 million agency fee, a $150 million media budget, and problems caused by a good economy. If that sounds more than a little atypical it is because the US Army is not your typical marketing client.

Welcome to the world of selling careers in national defense forces.

In some parts of the world the defense forces don’t need recruiters, they just need a birth certificate. Where countries require obligatory service in the armed forces or where conscription is a significant – even the only – means by which an army is raised and maintained, marketing the armed forces as a career option is not required. If you are of age, fit, and alive – you’re in.

In many countries, however, there are professional armed forces that, in a world of competing career opportunities, must advertise and market themselves as career alternatives for young men and women.

Yet as the US Army outlined in their agency brief, there are significant challenges that defense force marketing efforts must overcome to meet recruiting targets. A growing economy means job opportunities in the economy are expanding, reducing the pool of potential recruits for the Army to target. As well, long, violent, and dangerous conflicts mean a very different service environment to that found in peace time – and again, this affects the size of the pool of potential recruits. The job of marketing a country’s armed forces is therefore a difficult job for any agency, but it remains a valuable and prestigious account in most countries.

We looked at online video campaigns from seven different countries for their land-based defense forces (generally, the equivalent of the US Army). While there are some similarities between the various national approaches, there are also some stark differences, too. Take a look at these advertisements and see for yourself:

Slow-motion, high definition, thumping bass – this advertisement has the super high production values you’d expect from a leading agency. What is most interesting is how the careers that are highlighted in the clip: ‘plumber’, ‘chef’, ‘truck driver’, ‘IT technician’, ‘HR specialist’ and, eventually, ‘soldier’. There’s a little bit of shooting, a small explosion, and then the soldiers are playing soccer on the beach. The impression the viewer leaves with is that the British Army is about more than war fighting and soldiers are equipped with skills beyond those typical of an infantryman. The voiceover revealing that there are also part time jobs available in the Army is another nod to this alternative career focus. Finally, note the distinct lack of British pageantry and national symbolism? Save the final screen there is little to suggest that this is the British Army – a deliberate choice, perhaps?

The Australian television commercial, on the other hand, starts with a clear explanation of values, of what ‘we’ have always done, and draws directly on national historical examples. The imagery, the colors, the nods to history suggest a different sort of service Down Under. Again, though, the focus seems to be on the non-front line positions: doctors, sportsmen and women, builders and engineers, communications and IT. None of this is to say that these roles won’t be in harms way, but there is precious little that suggests soldiers are in danger of being killed. The soundtrack is effective at reaching the intended audience, and the historical connections between the ‘diggers’ of the First World War, servicemen in the Vietnam War, and more recent deployment expressed through the rising sun badge suggests a continuity of service.

Canada: Ready When You Are

The third in this chain of Commonwealth countries takes a different tack to the first two. Canada focuses on the reasons for the defense force, the job they do, and challenges the viewer to sign up, stating: ready when you are. The backing soundtrack doesn’t overwhelm the senses like the Australian commercial, and the roles highlighted are mostly traditional, active duty roles. Sure, there is the odd shot of Canadian soldiers distributing food and supplies, but the advertisement highlights a need by the country for defense, and the desire by Canadian men and women of valor to provide it. The advertisement ends by leaving the ball entirely in the court of the viewer: the defense forces are ready for you, what are you waiting for?

A completely different take on armed forces recruiting from the three considered above. Or almost. Like Canada, the Chinese advertisement focuses on stereotypical roles associated with the armed forces and there are explosions, launches, and marching aplenty. The music is gripping, there is a sense of tension created, and a clear call to action at the conclusion of the advertisement. Unlike the previous advertisements there seems to be larger groups of soldiers filmed, either marching or in formation. Directorial discretion or marketing move for one of the world’s largest standing armies? It’s impossible to say, but it is striking all the same.

This is the most recent and – to be honest – our favorite of the commercials. The agency, Banda, produced this advertisement and released it online even in advance of the approval of the government, and it quickly went viral within Ukraine and elsewhere. Unlike the British and Australian advertisements that highlight how ‘regular’ jobs can be a part of life in the armed forces, this advertisement highlights how regular jobs are left behind as people join together to protect their country. Perhaps it is the current context in Ukraine that makes this commercial all the more real as, indeed, the uncles, brothers, only sons, geology students, and taxi drivers of the country are serving Ukraine as Russian forces attack in the East. It’s an effective advertisement underlining the choice that soldiers felt they had to make, even though they would prefer they never had to make it in the first place.

Seen a good recruiting advertisement? Let us know on Twitter!