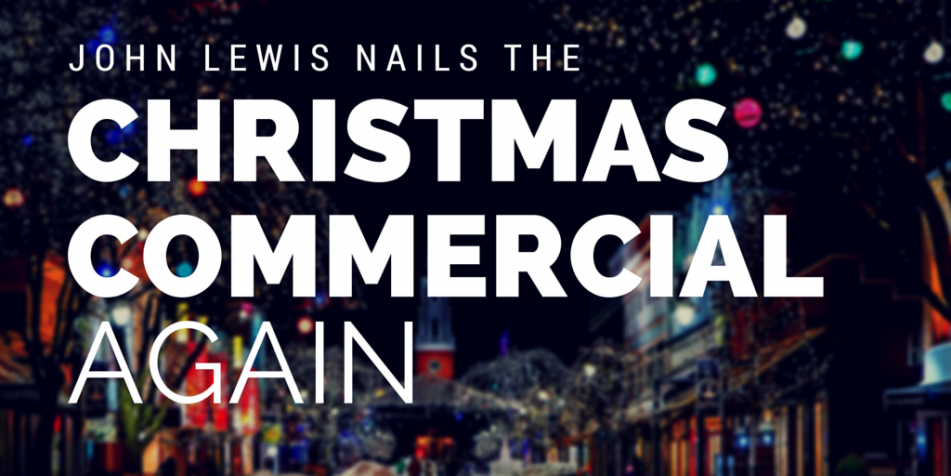 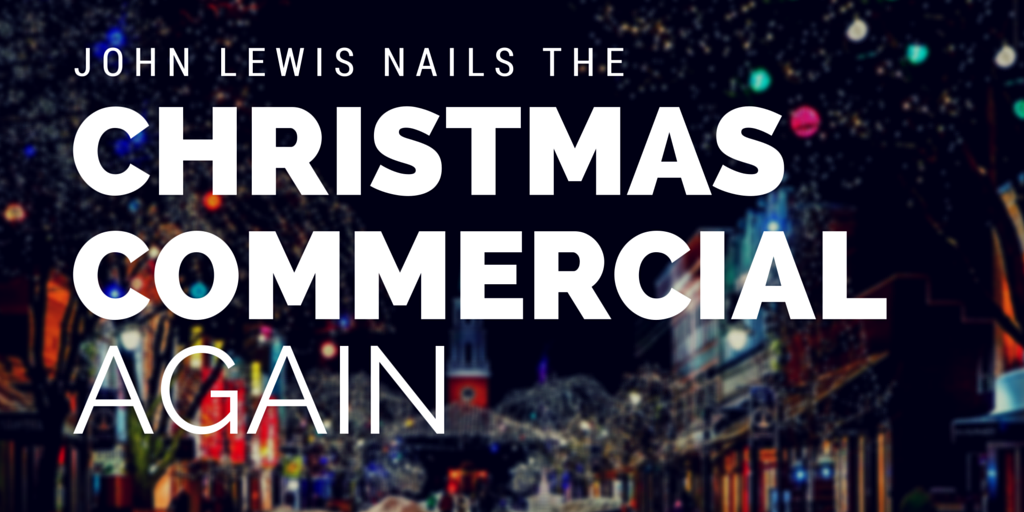 In this era of Netflix, no-advertisement streaming services, DVRs and, yes, online piracy, video advertising and commercials are things that people will pay good money (and risk fines) to avoid. But there are still a few events each year that have the general public just itching to watch commercials.

An obvious one would be the Super Bowl, the granddaddy of advertising where a 30-second spot is just part of a massive online and traditional marketing push for some of the world’s biggest companies.

But another would be Christmas, and especially when it comes to the advertisements released by British retailer, John Lewis.

For years consumers in the UK and, in recent years, fans of the company around the world, have waited with eager anticipation the annual John Lewis Christmas commercial. A well-balanced mix between cultural icon, holiday spirit, commercial enterprise, and cinematography, the commercials rarely fail to impress and are usually earn wide praise, in both the digital and traditional media.

In this post we look back at the John Lewis Christmas commercials that have delighted audiences over the last five years and explain why each one works so well.

The set-up here is perfect: a little boy who obviously cannot wait for Christmas and all the gift-giving this brings. He’ll do anything to try and speed things along: eat his vegetables faster, fall asleep sooner – anything as long as Father Christmas makes his way down the chimney a little quicker than anticipated.

And then it’s Christmas morning and our little hero leaps over the pile of presents at the foot of his bed to reveal he wasn’t waiting to receive, but to give, and he surprises his parents with a nicely wrapped box.

Why It Works: Everyone remembers waiting for Christmas to come and wishing that there was a way to speed it up. We also remember the oft-repeated maxim that it is better to give than to receive – but rarely do children manage to connect the two. By offering a twist in the typical Christmas tale, John Lewis engages the audience and reminds them of the real spirit of Christmas.

An answer to the not-so-oft-asked question, do snowmen have feelings?

Two children build snowmen – well, a snow couple – and are called inside by their mother. The snowman, realizing that his snow partner is without the necessary winter clothes every snow creature needs, sets off on a journey to find them, purchase them, and deliver them wrapped up as a Christmas gift.

Why It Works: The message here is that Christmas is for everyone: kids, parents, the old and young, and even the imaginary creations that exist so ephemerally during the winter season. The gift delivered is not expensive, nor is it remarkable, but it is perfect the person so rewarded with the Christmas morning surprise. With this advertisement John Lewis subtly reminds us again that giving is better than receiving, and that there’s a gift for everyone in their department store.

A departure from the live-action John Lewis Christmas commercials of the previous two years, the 2013 campaign saw a Disney-style animated effort explore the friendly relationship between a hare and a bear. The bear, generally hibernating during Christmas, had never had more than an inkling of what went on each 25 December as he snored his day away in his cave. His friend, a hare, had an notion that he might share the magic of the season with his friend, and delivered a small package while he slept.

That gift? Well when the bear lumbers out of his slumber to join the rest of the animals around the Christmas tree it’s revealed that his friend the hare had offered him an alarm clock set to wake him bright and early Christmas morning.

Why It Works: Few people would welcome the gift of an alarm clock at Christmas. Entirely functional, it serves little purpose other than to make sure that you leave the warm confines of you bed and head out into the cold, unforgiving world. Unless you are someone who has never had the chance to experience the joys of Christmas, that is, in which case it is the sort of thoughtful present that most everyone would love to offer at this time of year. Heartstrings are officially tugged.

Over the last few years the John Lewis Christmas commercial had focused on giving being better than receiving, and the ways that even the most basic gift offered to someone who needed that small hole in their life filled makes for a perfect Christmas.

In 2014, however, John Lewis embraced the magical side of Christmas, as well as CGI, and took the viewer into the world of Monty the penguin. The best friend of a little boy and a constant companion as the Christmas season progresses, Monty is missing out on love. Oh, sure, he enjoys his life but he is pining for another penguin to complete it.

And that’s exactly what is waiting for him Christmas morning…before the reveal that Monty and his new penguin love interest are both “just” simple toys imbued with the magic of the imagination of a child.

Why It Works: John Lewis has already made it clear that Christmas is about other people, and the perfect gift need not be expensive, shiny, or cost a fortune (though one wonders what a penguin goes for in these days of heightened awareness of animal rights…). In this commercial, though, John Lewis explores the dreams and wonder of childhood where every decade-old crate of LEGO is a chance to build something entirely original, and every toy has a life, dreams, and personality of its own.

Everyone deserves a chance to feel the love that’s associated with the Christmas season, even those who for no other reason than being physically distant from their loved ones, don’t have a chance to spend the day with them. Maybe families are divided between different cities, or different states, perhaps even different continents – take it from this Australian who lives about 15,000km or more than 9,000 miles from his family, it can really tear you apart at the holidays. But what if you lived in different worlds altogether?

This is the premise of the most recent offering from John Lewis where a little girl reaches out to a man who is, for some reason, living in a small shack on the Moon. She spies him alone, sharing his grey world with no one, and devises a variety of ways to reach out to him at Christmas.

Finally, she succeeds in sending him a Christmas gift using a scientifically-questionable method and the two connect by telescope, if only long enough for a tear to form in the eye of the man on the Moon.

Why It Works: The theme of giving instead of receiving returns to John Lewis this holiday season, but with a twist: there’s nothing to suggest that the man on the Moon and his gift-giving young friend on Earth are related or even know each other. The giving is truly selfless, and the gift – again functional above all else – is perfect for the man who wants to pull the Earth into focus this Christmas.

For some years now John Lewis has produced a Christmas video advertising campaign that has attracted the sort of anticipation that is usually only reserved for the commercials in the Super Bowl. The series of short films have embraced different media including live action video, traditional animation, and CGI to deliver win after win for the department store.
What’s more, the branding exercise has established John Lewis as the place for British people to shop who care about the real spirit of Christmas. When the gifts offered in the advertisements are as simple as a stuffed toy, an alarm clock, and a hat, scarf, and gloves combination the focus shifts from the gift to the giving – exactly where John Lewis suggests the focus should be at this time of the year. If there’s a retailer who does Christmas video advertising consistently better than John Lewis I’ve yet to identify them, and that’s why, in John Lewis’ success, there are lessons on how to make Christmas work for other marketers, too.

Do you have a favorite John Lewis Christmas advertisement? Or do you know someone who does it better? Let us know in comments below or on Twitter!